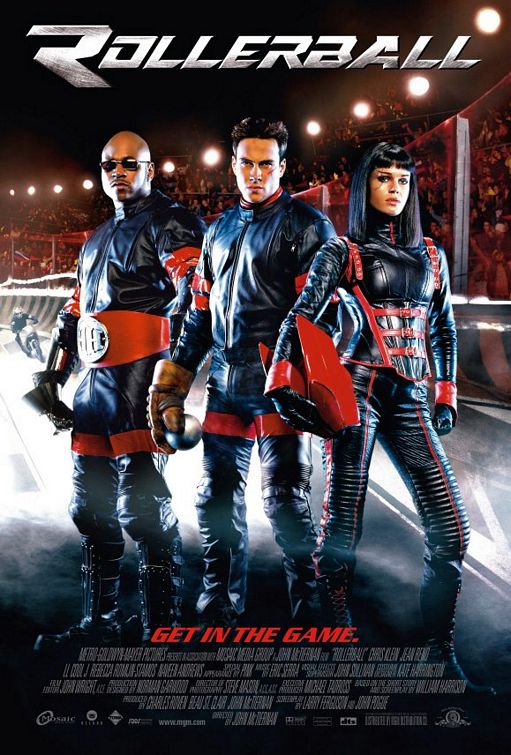 You might remember on the last Popcorn Pulse were we did a movie where a talented actor tackles a script with semi-philosophical ideas in a bleak future. Someone looked at that and said “I like the movie, but what if we took all that shit out and kept the sport?” Thus we were given the remake, Rollerball [2002], wherein a bland actor stands in for James Caan and Jean Reno is wasted like a condom dispenser in Utah. It takes place in modern day and it’s only takeaway message is the director should be kept away from a smart phones for fear exposure to a camera will cause him to remake something else.

Tim then talks about a Spanish film, Fermat’s Room[2007]. This seems to end up on a lot of lists along with Saw and The Exam. It’s about four mathematicians who end up trapped in a room because they get invited to dinner far out in the woods and are told to leave their cellphones behind. This only works because, presumably, Spain doesn’t import horror films. If they did, they’d know meeting someone you’ve never met in the woods and leaving your only means of communication is a surefire way to become cannibal soup stock.

Weltall then takes a moment to talk up the Armored Skeptic channel on Youtube. He’s a skeptic who tackles all sorts of varied subjects from flat Earthers to hippies without hesitation and applies logic to it. He’s also Canadian and pronounces process like the beginning of professional and the latter part of excess which we find unreasonably humorous.