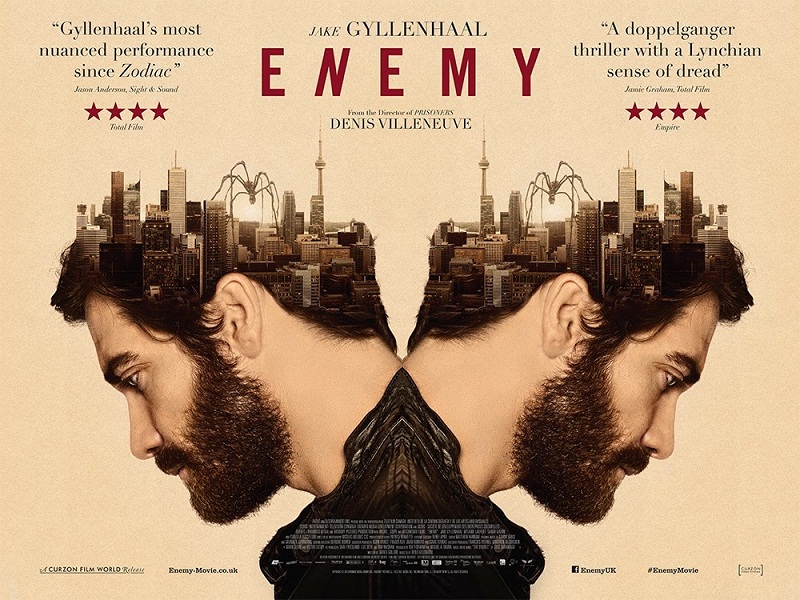 It star Jake Gyllenhaal attempting to play a weak willed man who discovers there’s someone who looks just like him. They decide to meet and have sex as anyone would do with their doppelganger; or one of them decides to trick the other into swapping wives for an evening because he’s a pathetic horn-dog.

Weltall then talks about Inferno[2016]. It’s the third in the Robert Langdon movies starring Tom Hanks. The lord of interpretation of symbols wakes up in a hospital with amnesia. He gets recruited to help find someone with a world threatening plague using his ability to remember wikipedia entries. That’s right, when you need someone for bar trivia and don’t have enough bars to browse the internet surreptitiously, Robert Langdon will come to the rescue!

Tim then talks about Fatal Instinct(1993). A parody movie done in the style of Naked Gun. We say in the style because while it contains the ingredients of humor(sight gags, references to the movies they are parodying and people delivering jokes with a straight face) it fails to close the deal. It’s almost like an artificial intelligence that was built in the seventies using tape drives had deconstructed a Leslie Nielsen movie and churned out its own script.