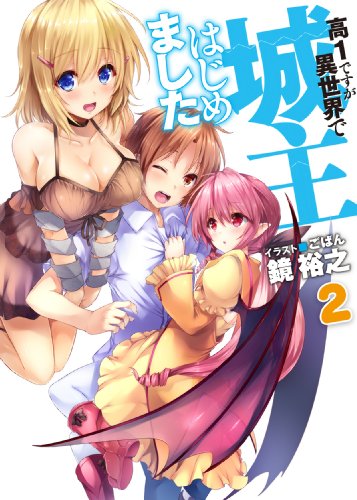 Let us remind you of how technological progress has erased minor inconveniences that people of a certain age group didn’t have to grow up with. Remember when the only way to send messages was private courier. These upjumped children and their newfangled universal postal service don’t know how easy they have it.

Tim reviews Tsugumomo which is about our boring average main character running into extraordinary situations. In this case, he has an obi which has become a tsukumogami. An object that’s existed long enough to manifest its own spirit as a person. It fights amasogis which are sort of demonic things made by strong emotions. Though they are like tsukumogami in that they regularly manifest within objects, they are immature and deserve to die. This weirdly earns it a Borders.

Weltall then reviews Kou 1 Desu Ga Isekai de Joushu Hajimemashita. Our main ends up in a fantasy world and tasked to exterminate a vampire girl. He, of course, earns her affections because that’s just what happens when your dick is made of pure sex pheromones and dipped in gold. He begins running through a world of sexy versions of the classic Universal monster girls like someone is writing a bad parody of Twilight. The humor is enough to keep it from dipping below a Borders.