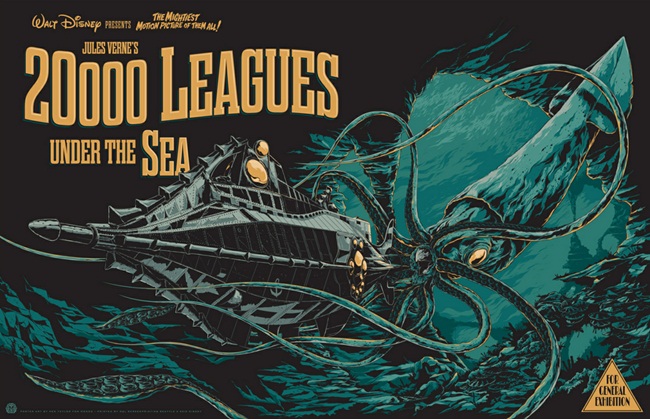 Our protagonist, Arronax, joins an expedition with a harpooner and his valet. They’re off to investigate reports of a narwhal that is striking and sinking ships. This journey is completely uneventful and Arronax spends most of his time swapping recipes with the crew while they sight see. Once they return to land, he publishes the first marine based cookbook and becomes wildly popular.

Or they run into a strange ship which is ramming boats and sinking them. The three are thrown overboard and barely rescued by this new ship. The Nautilus is the ship and is captained by Nemo. He admits to sinking ships because he’s proclaimed himself king of the ocean. From there it becomes a travelogue of their journey underwater.

Considering how far off a functioning submersible was, Verne got a number of details right. But the details he got wrong are hilarious. Join us as Arronax delights in the murder of sperm whales. Nemo plants a flag on the south pole. And how Nemo and his crew make cigars out of seaweed that smokes like the finest tobacco.