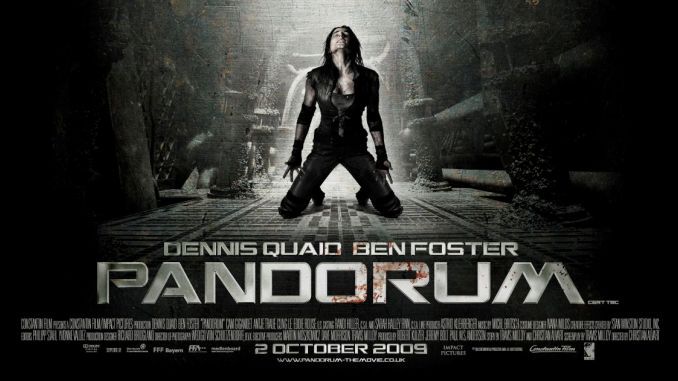 What happens when you take the guy who played Angel in X-Men 3 and put him in a film that is a spiritual adaptation of Dead Space? Nothing until you add in another Popcorn Pulse Alumni Dennis Quaid. Jointly, we talk about Pandorum[2009].

A terribly advertised movie with trailers that seemed to try and invoke the memories of Event Horizon. It’s set on a spaceship where Ben Foster wakes up with amnesia. He quickly runs into Dennis Quaid who gives him the quest to bring the core back online before it blows up the ship. As Ben makes his way through the ship, fighting possible space madness and reavers, he begins to learn that things aren’t quite what they seem. We fully spoil the twist of the movie within the episode though.

Weltall then talks about Police Academy(1984). A movie which most people might only remember as the platform for Michael Winslow to do awesome sound effects or, maybe, one of the few Steve Guttenberg movies that wasn’t Short Circuit. It is very much a movie of its time, dated by both the humor and the situation. There are a lot of wonderful jokes that still land and it is worth watching to remember there is a reason this spawned six more movies. Besides the naked cash grab, that is.

Tim then talks about Election(1999). It’s the film Matthew Broderick did before putting the final nail in his coffin with the live action Inspector Gadget(the others being the Godzilla film that embarassed America almost as much as future presidents would). He plays a teacher who is slightly peeved that a female student got caught boning another teacher and she didn’t get punished for it. The adult in the situation, however, was and was also his friend. So he encourages a kid to run against her for student president and attempts to rig the election. How this is revenge is best left up to audience imagination. It’s easier to watch if you pretend Principal Rooney is fantasizing about Bueller getting his comeuppance later in life.