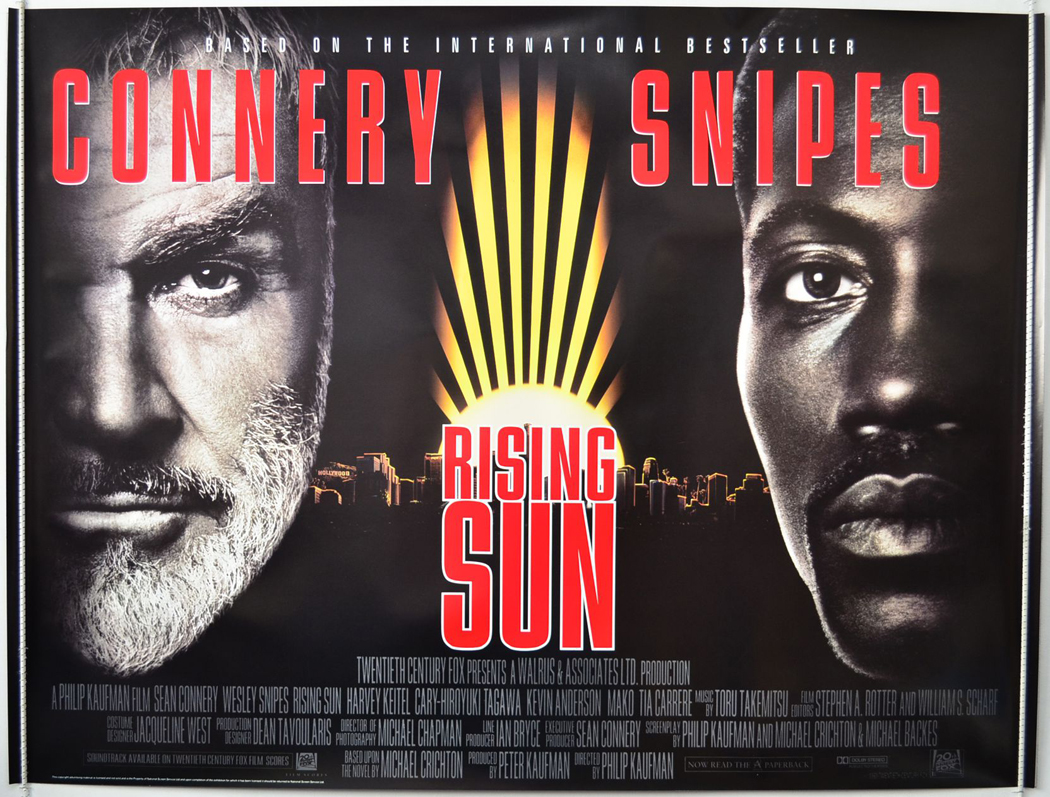 The eighties were definitely a different time. If online videos and articles can be believed, music and hair was bigger. Fashion was full of neon and people could actually make a living selling records and newspapers. An often overlooked phenomenon was the rise of Japanese manufacturing and the sudden fear of a foreign takeover.

A subject tackeled within Michael Crighton’s Rising Sun. We follow a pair of detectives who are investigating a murder that occurred at a Japanese corporate party. Their investigation begins to be hampered by the local security forces who are reluctant to give them the security footage. As with the majority of Crighton’s books, it’s peppered with information gleaned from research he did prior to writing it.

Tim and Vanessa find plenty to discuss on the differences bwteen the two materials. They also find plenty to talk about in how a book written back in the eighties holds up to the modern day.