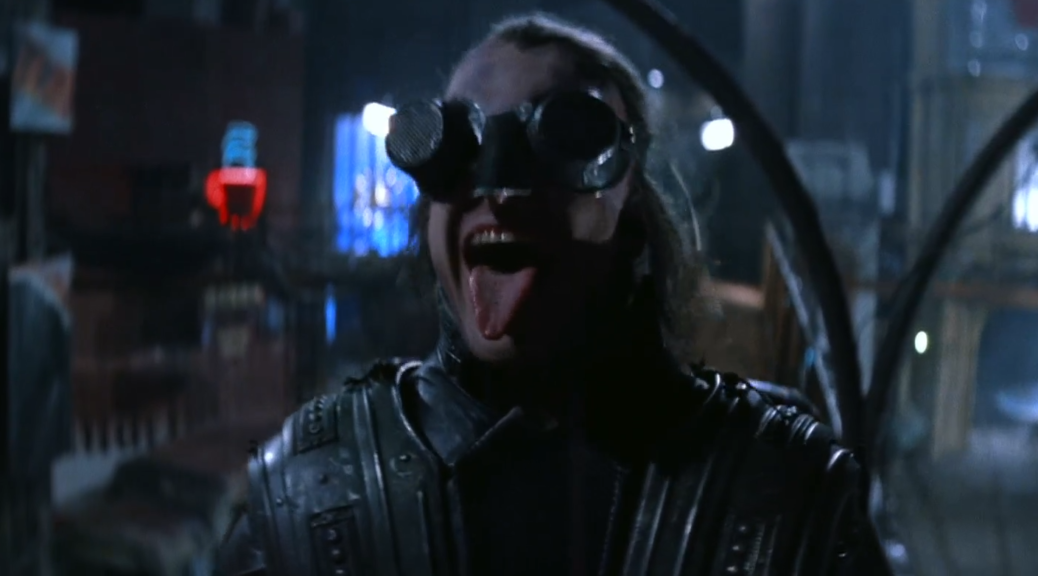 One of out favorite movies not to talk about on the show is Highlander. It’s a fun action fantasy movie that has everything. An American with a Swedish accent that’s two seconds away from going bork bork bork. Swordfights with Clancy Brown. Beheadings that don’t make you feel sad and helpless. And the mascot for Scottish separatism playing an Egyptian Spaniard.

Highlander 2 The Quickening is what happens when someone takes the script for the first one and attempts to ruin any goodwill generated. It has weird porcupine henchmen, sex in a dirty alleyway post murder, and Lambert rasping his lines as though he’s auditioning for an anti-smoking PSA.

Weltall then talks about the TV series Chance where Hugh Laurie plays an all too smart doctor. Doctor Not-House ends up with a female patient who pulls him into a world of police corrutpion betrayal. Plus they’ll probably sleep together at some point and that’s the real reason we watch. To if characters will finally cut through the sexual tension and do it already.

Tim then talks briefly about Crossworlds. Let’s see, it’s from the early nineties and has Rutger Hauer in it. Do we really need to mention anything else? It’s the standard bad movie he tries to get everyone else to watch because “no really, it’s so bad its good”. There’s dimensions and crystals and a bit part for Jack Black before he turned into Po.