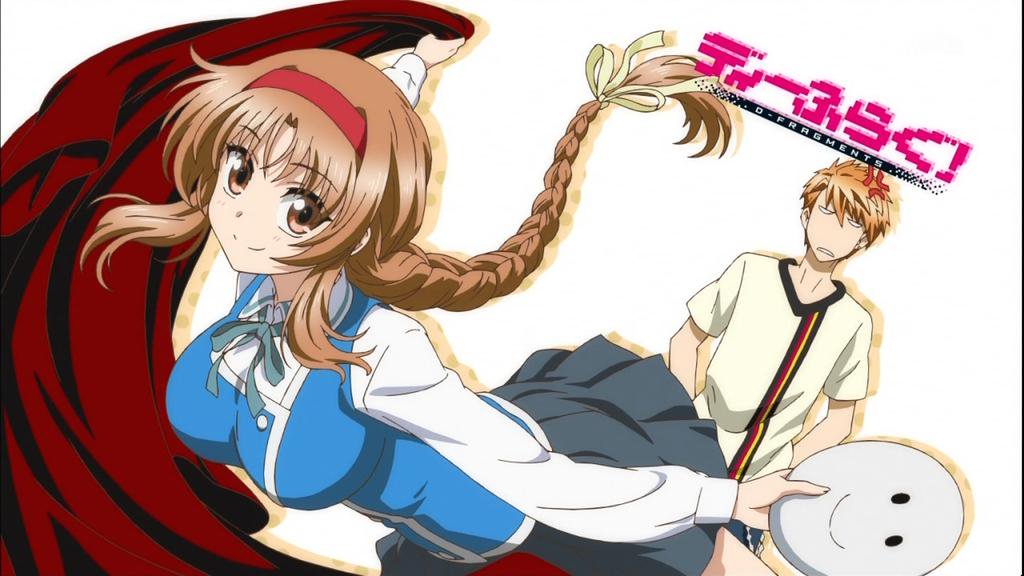 Uh oh. This episode has a certain number combination within it. One that we can’t help but notice will cause people to giggle uncontrollably. Well get all your hyuks out over thirty-six because we all know no one lives to be that old. If they tried, the sandmen would come and get them.

Tim reviews D-Frag! Our main character believes himself to be quite the rapscallion. How this is material doesn’t matter but his two friends and him stumble upon a club having started a fire in their room. As they fail to knock him out to give him amnesia, they decide to press gang him into a club that makes computer games. That they don’t do much of this turns out to be a problem when a rival club challenges them to a game making contest. It has enough humor to get up to a Crackers.

Weltall then brings it back to Dolly Kill Kill. We last left with the survivors picking through the wreckage and attempting to kill the ersatz mascots from hell. They’re still at it and we’re starting to find out our main characters are special. Beyond the obligatory plot armor that coats most it turns out that some of those alive seem to have powers. ow. Such as the martial artist who appears and mercilessly beats a number of weaker Dolly’s to death with ease. It maintains a Read It Now.