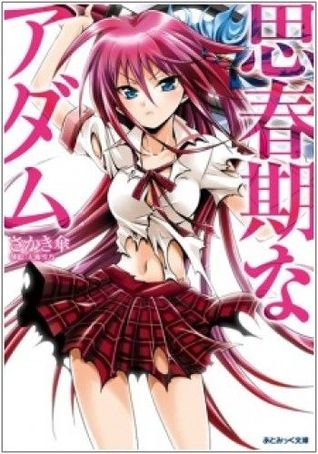 If there’s one thing we know, it’s the pursuit of happiness. Which is just code for buying all the crap you see on late night advertisements. We’ve been pursuing happiness for quite some time. From the Ronco rotisserie, the Ginsu knives which were replaces by Chef Tony’s Miracle blade we’ve finally found the product which will actually complete your life. No, not Flex Tape. Stop suggesting that Darryl. It’s manga!

Tim talks about Bozebeats. It takes place in either an alternate universe or maybe our own. There’s a secret society of buddist monks who fight demons using hybrids of modern technology and monk exorcism rite. One of them stumbles upon a boy who was raised by wolves and can eats souls. Naturally he pulls a Quigon and decides to train the little bastard because nothing wrong ever comes from that. It gets a Read It Now.

Weltall’s manga is Shishunki Na Adam, a recommendation. In it, our main character is just going about his daily life, eating, watching TV, jacking it to the monthly Gundam catalog Bandai sends him. Then one day he discovers he has the power to make women orgasm bu staring at them. This leads to angels and demons fighting to have sex with him and some evil oragnization, who is surrisingly not connected with the demons, trying to capture him. It’s very nearly smut but at least it embraces what it is and gets a Crackers.