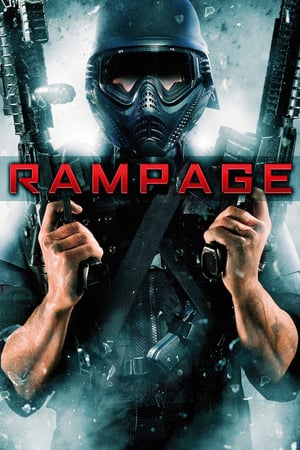 It’s easy to forget now, in the age where decent and just below average video game adaptations are the norm, what the early two thousands were like. If you saw an advertisement for a video game movie back then, chances were it was a fecal pate served on a cat turd cracker by none other than Uwe Boll.

We jointly discuss, Rampage[2009]. One of the few original works directed by the German bastard who made Far Cry into a pile of gibberish and cheap explosions. It’s about a psycho who eventually goes on the titular rampage. There are a few clever twists like him using his lazy but ideologically extreme friend as a scape goat. Nothing that allows us to forgive what House of the Dead was but it’s probably the best Uwe Boll film in existence.

Weltall then talks about the sequels, Rampage 2 & 3. Whatever good will Uwe manages to cultivate from one movie that wasn’t a bread bowl explosion out the ass of a surprised Akita puppy he flushes right down the tubes. The plots are stupid, the main character suddenly becomes the ideology mouthpiece of Uwe and there are no interesting twists or points raised. Uwe just seems to be convinced everyone liked the incessant ramblings and stupidity of Rampage as opposed to the shoot out.

Tim then talks about Night of the Hunter(1955). It is one of those straight forward classics that is because it’s that good. It’s so good that it regularly gets referenced and parodied. Bad guy with opposing words tattooed on their knuckles? Someone hiding money in a doll? A bunker buster missile defeating the USSR puppet dictator? Two of these three originate in this movie.