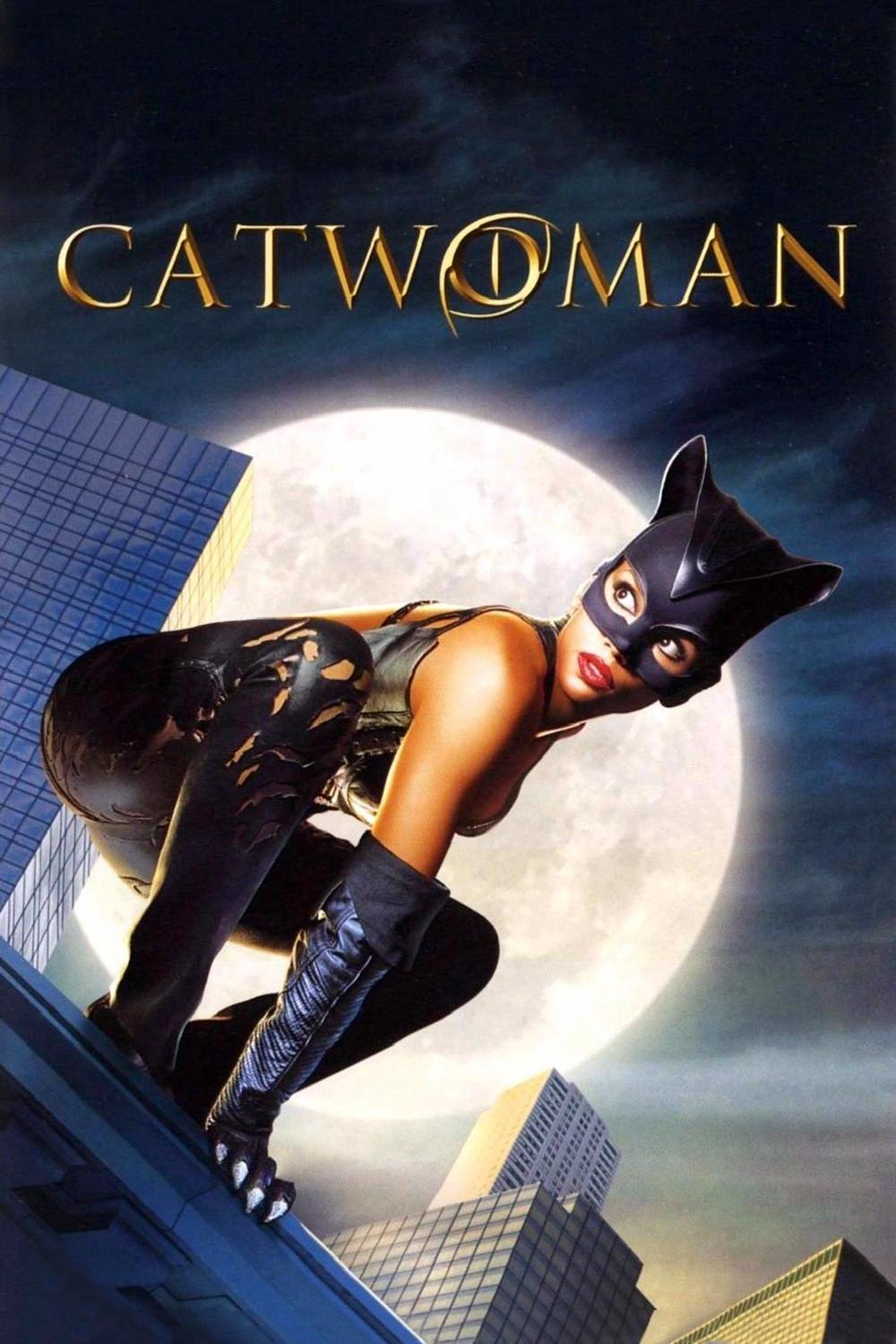 We like to celebrate landmarks in our show sometimes. Especially considering how long it can take to get to any particular number as we alternate. So we decided to do a movie that neither of us have seen before but is infamously bad, widely mocked, and is often seen on a list of terrible super hero movies. We’ll give you a hint, it’s not from the nineties.

We did Catwoman[2004] together and just shortly after the anniversary of the release date. And hey, it’s the ninetieth episode which, when divided by ten, equals how many lives a cat is rumored to have. Nestled right in between the flaming wreckage that was the Shumacher Batman movies and just before the Nolan trillogy was canonized by the online critics we had a DC movie that belonged in neigher.

Halle Berry plays not Selina Kyle who works for an evil make up company. When she dies at the plant, for reasons that don’t make sense, a cat vomits up powers into her dead mouth. This gives her the power of a cat. Unfortunately, like any number of strays, she gets hit by a car and dies a nasty death alone at the side of the road.

Tim talks about The Equalizer 2[2018]. Which he saw in theaters for some reason having never seen the first. It sounds like a mess with tonal shifts that make unmedicated BPD look solid as a rock. One minute Denzel Washington a hard bitten veteran, the next he’s trying to talk some neighborhood kid out of joining a gang. Tim assures us it is a mess but a loveable mess that’s fun to watch at least once.

Weltall then discusses Absolutely Anything[2015], staring Simon Pegg. It’s got a heavy involvement from the old Monty Python crew and has a number of well know British comedy talent. So it’s a shame they decided to remake The Sphere but as a comedy. Aliens give one human unlimited power to do whatever he says as a test of humanity. Ho hum. Was the fact Robin Williams was attached to this as the voice of the dog worth watching? Maybe in the background.