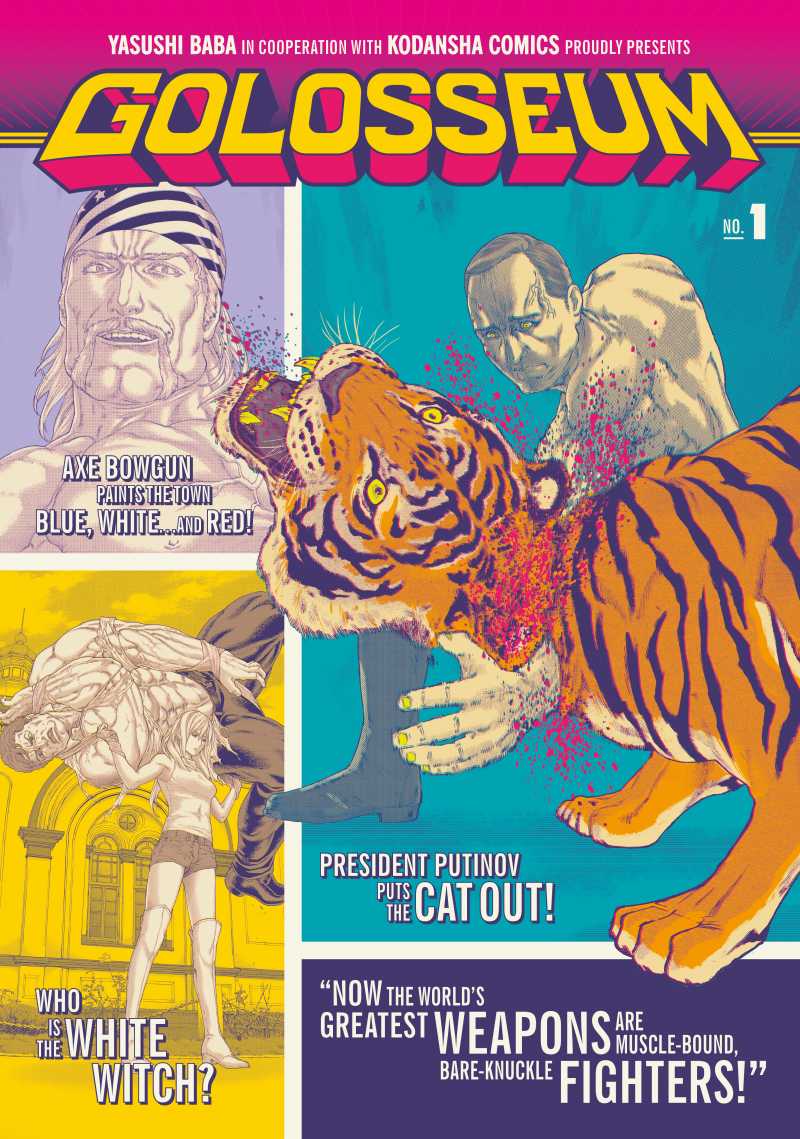 More sent manga makes its way into our PO box which means we have yet more to review. We gladly take requests because we like to please. And we’re lazy. We’ve mentioned that before but ease of reading saves us a lot of trouble when it comes to this and it keeps us from getting into a genre rut. Which could easily make the show turn stale faster than a rice cake in a Louisiana summer.

Tim gets sent Golosseum. There’s an alternate, maybe, future where Putin has a number of bracelets that prevent damage from bullets and radiation but allow fighting moves to penetrate. As such there’s now a threat of Russia taking over the world and seeking out the last of the three golden records that were shot into space as part of the Voyager program. The last one is, of course, being hidden in Japan by Rasputin. It’s just goofy and nonsensical enough to get a Read It Now.

Weltall reviews Apocalypse Zero. It’s finally here, a manga adaptation of the beloved film about Vietnam, based on a book about the Korean war. Who hasn’t wanted to see Martin Sheen as a Japanese school boy who was chosen to face the Vietnamese lacrosse team which is funded by China-Senpai? How about a dreamy version of Marlon Brando who takes a harem of girls to live out behind the equipment shed? It deserves nothing less than a Read It Now.