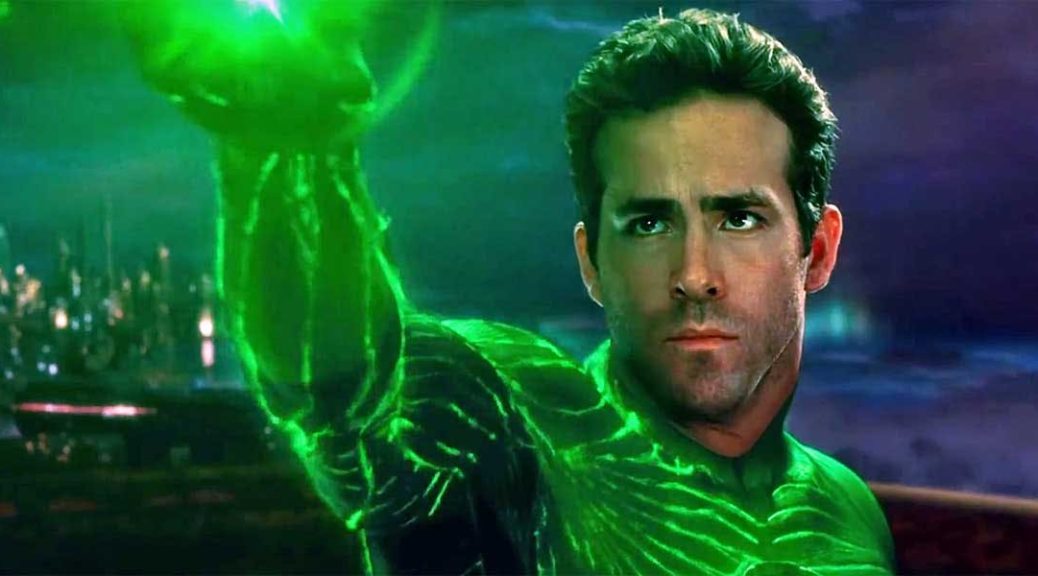 Ryan Reynolds success in movies lately makes it hard to remember that he was involved in a lot of terrible super hero movies. So we decided to dig through it and review one of them. No, not Blade 3. Not Woleverine Origins. We decided to drive a steam roller over the corpse of the buried and, the studio hopes, forgotten Green Lantern[2011].

Reynolds is perhaps the worst cast choice of Hal Jordan with perhaps the exception of Ron Jeremy. He’s a cocky test pilot who watches his dad explode in a plane crash as a child and says “yeah, I’d like to go the same way.” There’s evil yellow energy used by Parallax who is a Watcher gone bad. Hal’s childhood friends include his romantic interest and a guy who gets converted to the henchman for Parallax. Sinestro is there but he’s not evil, or is he? At least the big bad can be defeated by tricking it into leaving earth and crashing into the sun.

Tim reviews Super Fuzz(1980). An Italian take on the superhero genre where an Italian actor, playing an American cop, goes out to deliver a warrant on a parking ticket gets hit by an atomic blast being set off by NASA. This gives him a gamut of super powers like strength, speed, ability to wish a stadium of people into the corn field, and super vision. Pretty standard things. His weakness is the color red. Not red dye, ink, or blood. Just someone wearing a red sweater is his kryptonite.

Weltall then hits Mile 22[2018]. Mark Walhberg is some sort of soldier who is tasked with helping a cop from Indonesia who has sensitive information. Most of it is an excuse to go from one action set piece to another. Made a little less believable by Marky-Mark’s constant expression of mild confusion which doesn’t really befit an intelligence officer. Even the bang bang shooty parts are lack lustre considering the previous work of those involved