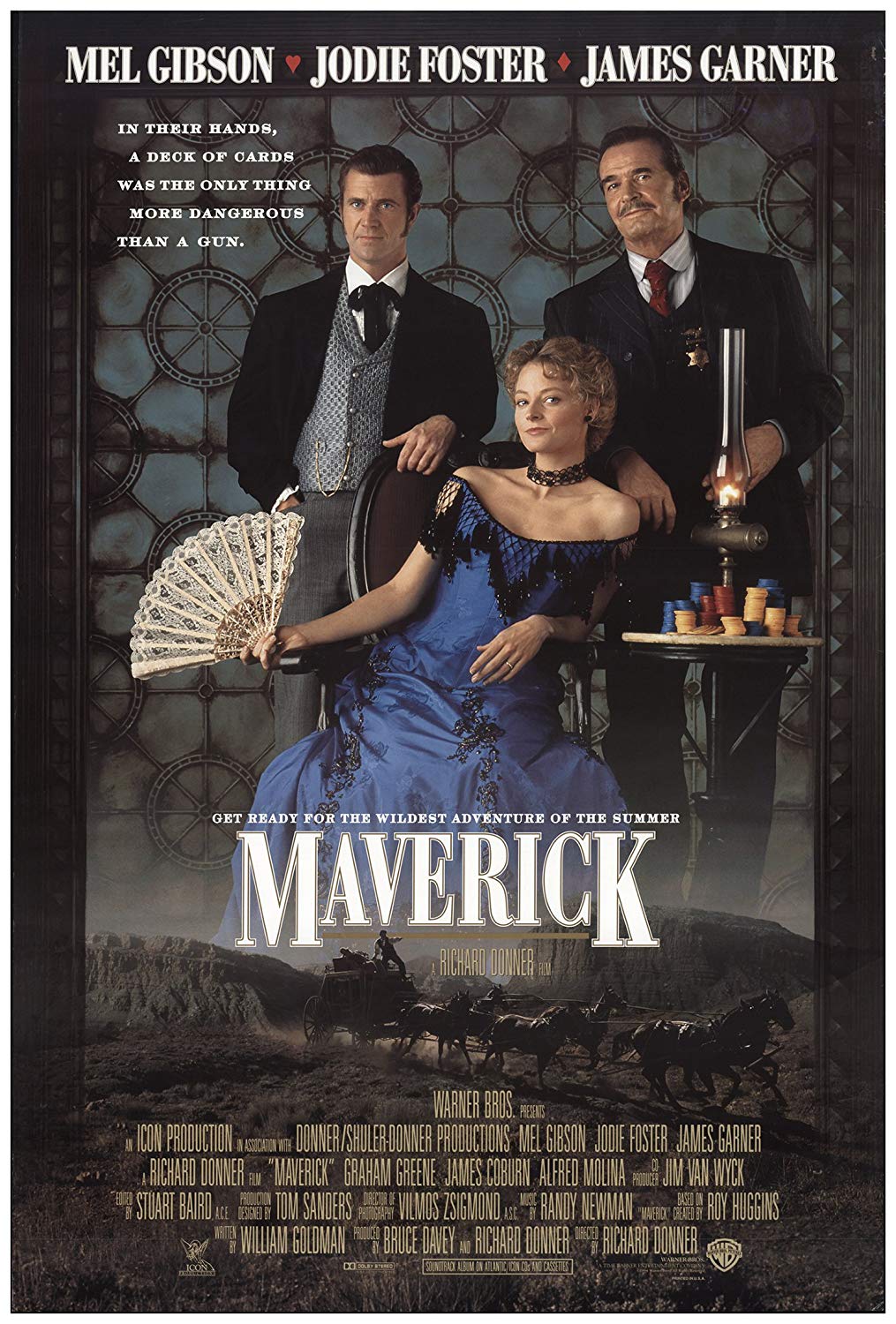 What happens when a crazed Australian teams up with the director of Superman(1978)? You get a wacky cowboy adventure flick that’ a remake of the a TV show from the fifties. We are talking about Maverick(1994).

Mel plays a gambler who’s trying to get to a poker tourney worth a half million dollars by raising the ten thousand entry fee. He’s nearly mislaid by Jodie Foster and James Garner. Thankfully this was the nineties and no one outside of skeevy bars had ever heard of “Texas Hold ‘Em”. Which means the poker scenes aren’t nearly an obnoxious as they would be in ten years.

Tim then talks about the series, Cheers. it’s one of those cultural touchstones that may or may not still be in syndication but it’ll probably still be on Netflix when they lose rights to The Office. Expect desperate Netflix subscribers to start making Cheers gifs when that happens.

Weltall then talks about Panic Room[2002]. Jodie Foster and Kristen Stewart are moving into a penthouse. Unfortunately for them the place was owned by someone rich who left a stash. A group of thieves break into the place on their first night and they run into the titular panic room. This is when the tensions begin as some of the thieves want to kill them while Forrest Whitaker doesn’t.