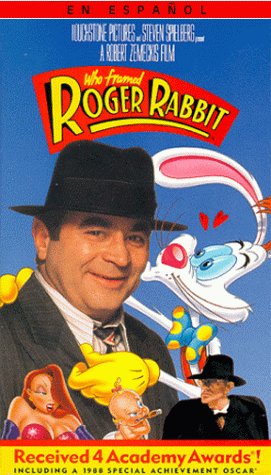 We’ve never run the numbers explicitly but there can’t be quite as many animated movies based on novels compared to any other genre. Which is why we thought it perfect to tackle Who Framed Roger Rabbit.

A movie well loved and known for many things. For being one of the very few moments wherein Warner Brothers characters appear onscreen with Disney characters. A landmark in blending live action and animation. A movie considered so risky that Disney didn’t want to put their mark on it and instead released it under the Touchstone label. Because back then Disney wasn’t attempting to court an older audience.

Which is why it was quite a shock to find out it was based on a novel. Even more so to find out that the differences between them reach the point that you’d be forgiven for thinking it was a Chinese knockoff novel. Roger is an animated brown rabbit more realistic than in the movie. He’s a comic strip character rather than a film star. We go through the most glaring changes and just how we feel about them both