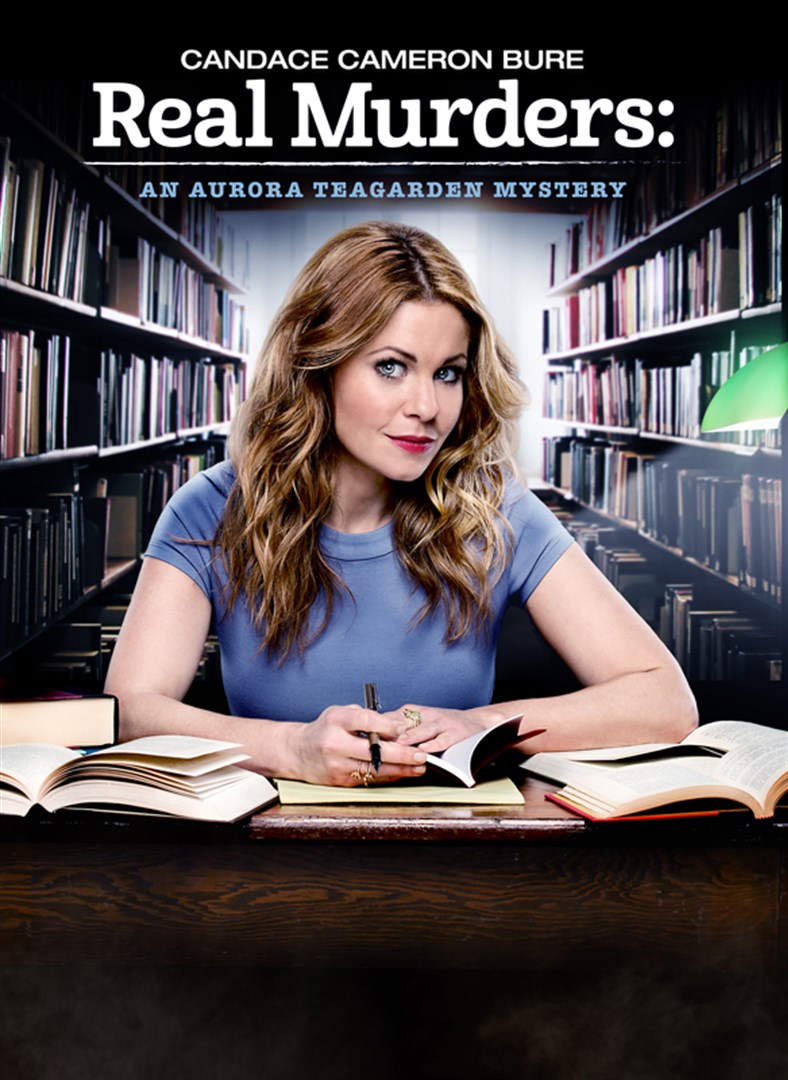 That’s what happens within Real Murders – an Aurora Teagarden Mystery. The author knows she has a silly name and tries to let us know she’s in on the joke. Luckily this doesn’t set the tone for the book or the movie. Both novel and movie focus on a small group of people who meet to discuss murders on a weekly basis. This gets interrupted when one of their members gets killed.

As this was adapted into a made for TV movie, there are a number of amusing budget constrictions. Tim and Vanessa find most of the differences between the two as acceptable if amusing. The book reigns supreme once more though if only because it escapes the hammy acting.