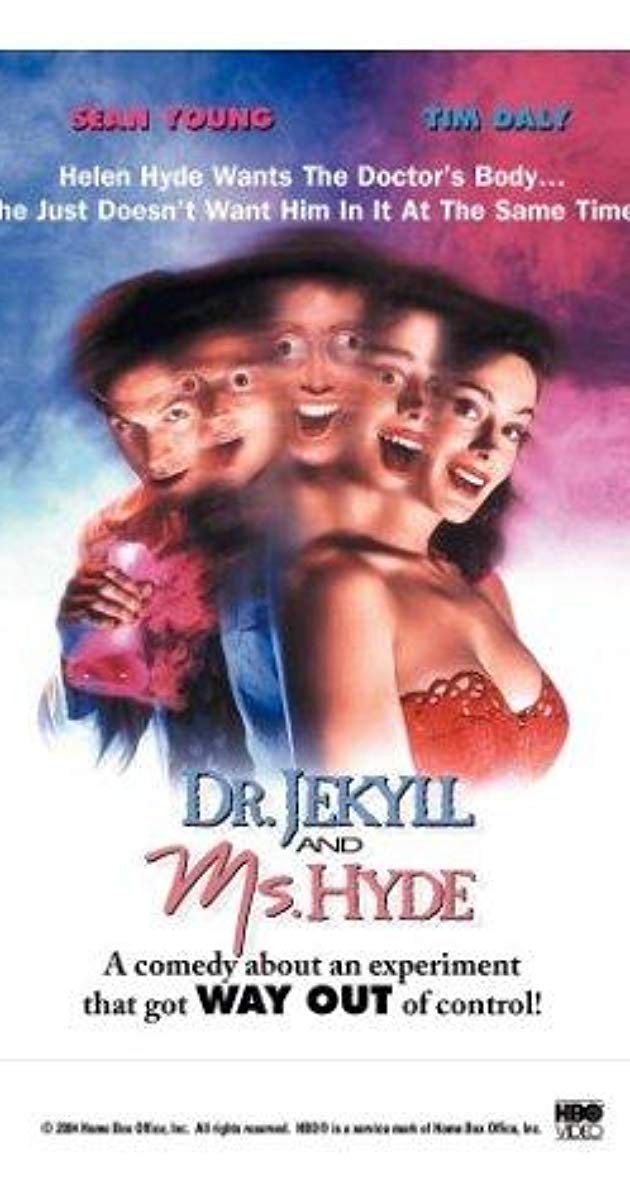 There’s nothing quite like public domain characters for making movies from. How about a wacky take on Dr Jekyll and Mister Hyde? What if the great great grandson of Dr Jekyll inherited his notes, attempted to fix it with estrogen and then turned into an evil woman? That’s the plot of Dr Jekyll and Ms Hyde(1995).

Our main character is an unlikable turd who works in research at a perfume company but whines about how he’s not doing science. He even points to a tv playing Frankenstein and says “that’s science” to his fiancee. At first his transformations help as Ms Hyde puts his life in better order. Things go bad when she starts having people hurt or killed and taking over his life because she’s smarter than Dr Turd. Things work out, we guess, and he learns a lesson of some sort after getting to go back to being himself permanently.

Tim reviews 8 Heads in a Duffel Bag(1997). A Joe Pesci film that tries hard to be a black comedy that stumbles a lot. Pesci plays a mobster who’s in charge of getting the heads of eight murdered other mobsters to his boss. Unfortunately there’s a mixup in baggage and a hapless moron ends up with the heads while Pesci ends up with a duffel of socks. Attempted hilarity ensues as Pesci attempts to get the heads back.

Weltall then reviews Triple Frontier[2019]. An Affleck film where he plays a former special forces member. He gathers up four friends to rob a drug cartel in South American because they aren’t making all that much even with Amazon’s minimum wage bump. Unfortunately mistakes and poor planning mean they have to keep ditching portions of the cash as they attempt to escape with a few of them being picked off. It ends with the survivors getting home with very little and leaving the audience feeling as though the whole movie was just as pointless of an endeavor as the plot itself.