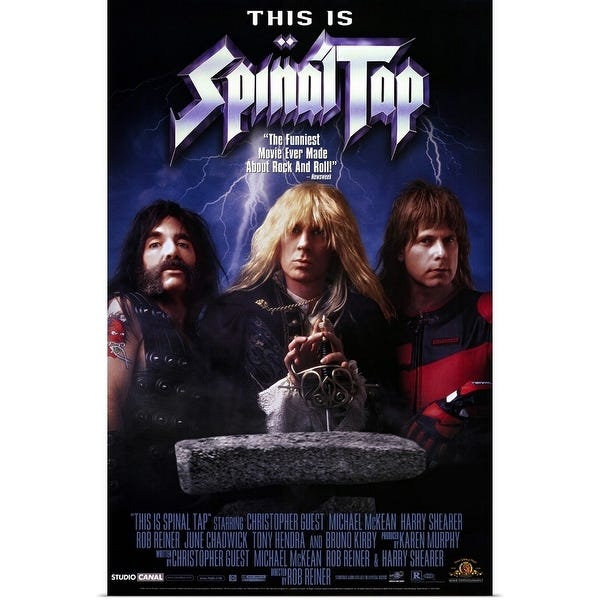 This week we kick the show off with the grand pappy of mockumentaries. The one that started them all and inspired up to dozens of copy cats. Tim and Weltall jointly review This Is Spinal Tap(1984). A documentary style comedy filmed around a fictional English rock band in the vein of Sabbath who’s going on an American tour as their popularity begins to wane.

While directed by Rob Reiner, it features a lot of staples of the later Christopher Guest movies to come in both actors and stylistic choices. While it’s assembled from hundreds of hours of improvisation, the bane of most comedies these days, it has the bones of a plot to keep everything together.

Tim then reviews Unbreakable[2001] because he hadn’t done it before and recently rewatched it in preparation for Glass. Tim believes it to be one of M Night’s better films as he understands thrillers well and appears to have fun applying it to other genres. Willis is also in fine form dialing down the caricature of John Mclane he’s embraced.

Weltall’s review is on the new HBO, please forget we let Game of Thrones bomb, series Chernobyl[2019]. It’s a lightly fictionalized look at the reason a bunch of idiots think nuclear power plants are how we get the Fallout universe going. It’s a well made dramatization of the soviet failure to manage nuclear power and well worth a watch.