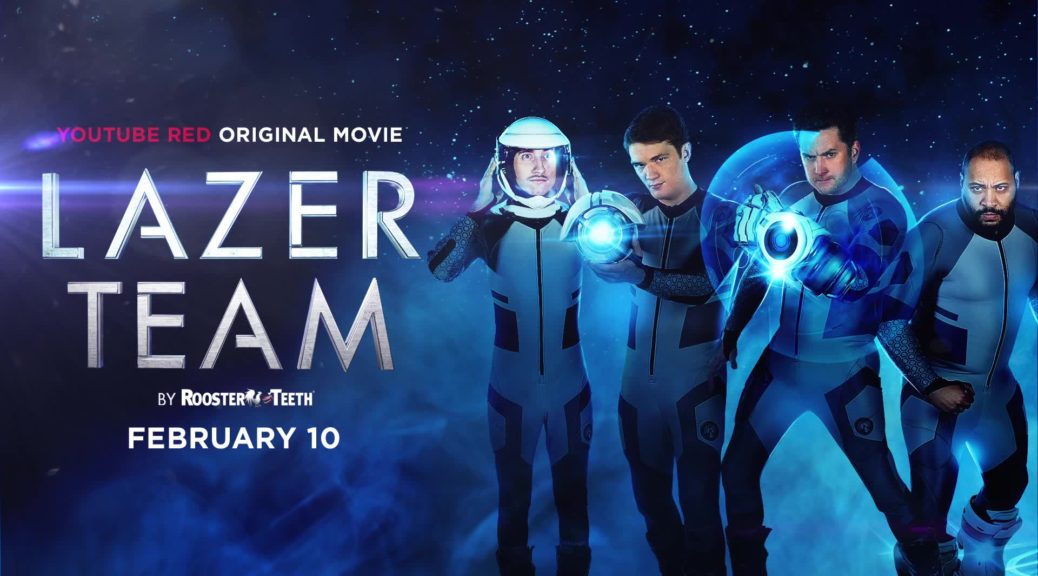 The requests keep coming and they don’t stop coming. We’ve got another two sent in via the po box. Films from Rooster Teeth reviewed in the order of release tackled by both of us. This will be a bit different as we’re not inherent fans of the group aware of outside of a few things like RWBY or Red Vs Blue.

First off is Lazer Team[2015]. Their inaugural film which was launched via Kickstarter. Earth receives an alien transmission advising that in twenty years time, an alien challenger will arrive. They set to training one person to be a super soldier while they await the weapons the aliens are shipping over. These taking twenty years to get here as the aliens are too cheap to spring for Prime. Unfortunately the weapons end up on four other people, members of Rooster Teeth, who are incompetent. There are a lot of attempts at jokes that don’t land and it’s clearly an amateur film. What’s more baffling to us is that they’ve made sequels to this.

Next up is Blood Fest[2018]. A foray into horror. This one wisely doesn’t star members of the team and features regular actors and the difference in effort between them is startling. The idea is that there is a Blood Fest going on which is actually a setup to have horror fans murdered and cause horror movies to be outlawed or hated. Probably one of the best jokes is when the host is asked about the psycho clowns, he replies “you can get anything on craigslist.”