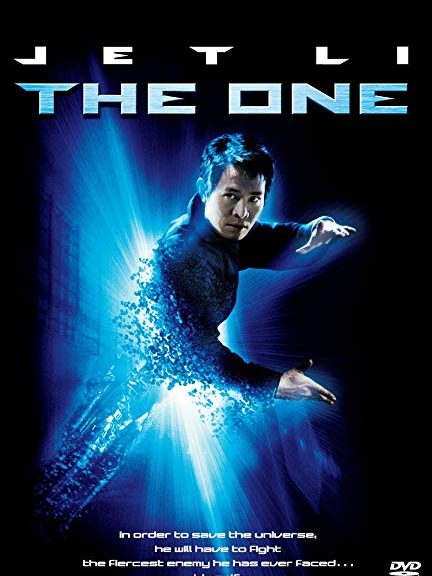 What if Al Gore won the two thousand election? We’d have a multidimensional police force that operates like another sci fi movie with a martial artist. Jet Li plays himself, on trial for attempting to kill all the other known versions of himself. As they attempt to exile him to the phantom zone, something goes wrong and he invades the world with the last other Jet Li

In he One[2001], the other version, Good Li, is busy being a married man and nice guy. Evil Li is seeking Good Li because he wants to be The One. Whenever one of the other dimensional version of a person dies, their power gets added to the survivors. Hence why Bad Li wants to take out Good Li. It ends with bad Li caught and sentenced to the phantom zone and with Good Li getting a replacement wife.

Weltall then does Stuber[2019]. Dave Bautista plays a detective who’s out for revenge against a criminal. When he can’t drive because he’s just had lasik, he presses and Uber driver, Kumail Nanjiani, into service. It’s basically the comedy version of Collateral[2004] or Taxi[2004].

Tim then tackles Rubber[2010]. A pretentious film about a tire that awakens in the desert. Then realizes it has psychic powers which it can use to make heads explode. The part that elevates it from stupid to insufferable is the attempt it to meta when there’s an audience in the film watching the events unfold and commenting on it.