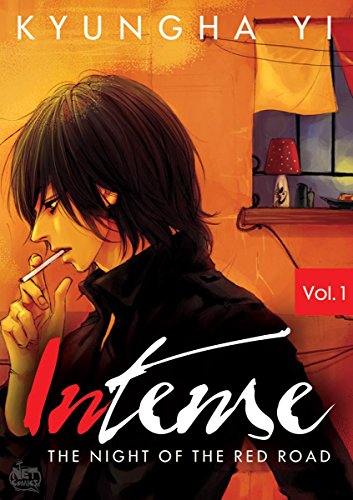 We’re getting rather close to a special number in manga pulse. With great news cancelled we have to have something too look forward to.

Tim has Give to the Heart. It’s the future after an apocolypse. Earth now has three “demon kings” who rule over an element. We meet Sooyi who was once shtupping the water king but got tired of that D and ran off. He finds her and they bone but they’re not supposed, standard romance tropes at play. She decides that she needs to get vengeance and kill him for something that’s less important to her than trying to keep her pants on. It Borders material a best.

Weltall also has a romance manhwa with, Intense. Jiwoon’s dad has a bit of a gambling problem and owes a lot of money to local gang. His clever plan for dealing with this? Hang himself and hope everything works out for his now orphaned son. Luckily, Jiwoon gets taken in by the gang, learns a particular set of skill and becomes something of a badass. Then he gets ordered to protect Soohan a mid boss in the same gang. It’s also mind numbingly a Borders.