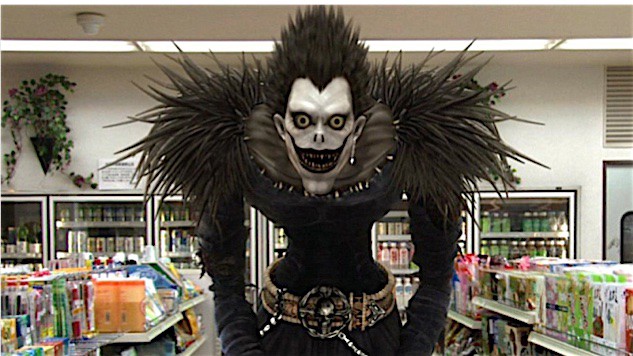 How about an adaptation nobody asked for made by people who don’t care? Of course we’re talking about the netflix version of Death Note[2017]. Willem Dafoe got a paycheck at least for voicing Ryuk. Meanwhile everyone else sleepwalks through their performances. L is neutered and kind of weak. The Death Note itself is a fate machine capable of making sequences like in Final Destination.

Weltall has 2 Guns[2013]. Technically based on a graphic novel, we didn’t read it nor care to. Whatever the reason we get Denzel Washington and Mark Walhberg playing agents down at the Mexican border. You can imagine that everyone they talk to is exactly who they are at first glance. There are absolutely no twists to be revealed. Certainly no gunplay or action sequences either. Just relaxing paperwork and smooth driving.

Tim has Crawlspace(1986). It features a creepy german landlord who spies on his tenants from the vents and murders people. So it’s something of a documentary for german land owners. He only lets pretty girls rent and then fights the urge to kill them. Oh yes, and he’s the son of a nazi doctor because the murder didn’t make it clear he’s evil.