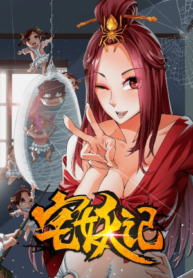 The Twin Peaks of manga is back. How are we like Twin Peaks? Well, there’s two of us and we review two manga. Also we don’t make sense to casual viewers either.

Tim has Solo Leveling. What happens when an Isekai world ends up crossing over into ours? Sung is the lowest ranked hero in the world. When portals to the monster world open up in ours, he’s rarely picked to go through with parties. Until something really bad happens on the other side and he ends up being the only survivor. It gets a Crackers for breathing a little new life into the godawful MMO manga.

Weltall has Demonic Housekeeper. Another Isekai style where a shut in finds themselves in a magical world transported within their apartment which has running water, electricity and so forth. Something about the local magic making it all work. Unfortunately it’s running down and our protagonist needs to get it charged back up. Stuff happens and it lands within Borders territory.