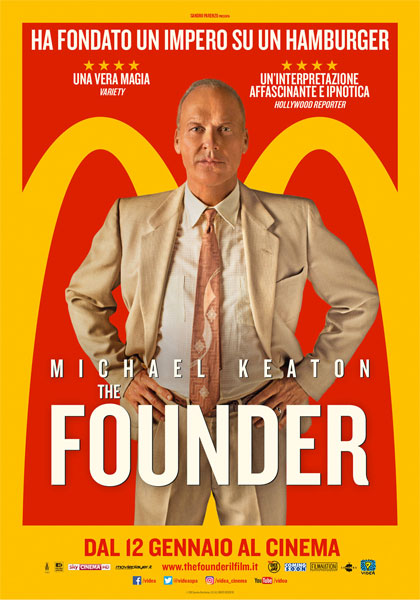 In the nineteen fifties everything was Detroit rolling iron, drive in movies, and sock hops. At least according to our industrious research of watching Happy Days. So where was someone supposed to go to get a bite to eat without waiting forever? In comes The Founder[2016] to tell that story.

Michael Keaton plays Ray Kroch, the founder of the McDonald’s corporation. It tells an edited version of the how Ray was working for a shake machine company and met the McDonald’s brothers. Keaton does an excellent job playing the asshole CEO he’s intended to be as he wrests control and the name from the original brothers.

Keeping with Keaton, Tim has Desperate Measure(1998). Andy Garcia, before he discovered buffets, is a cop who has a son. His son has the cancer and the only match for a marrow transplant is a murder played by Keaton. Only Keaton isn’t too keen on staying in prison until a good Superman movie comes out and tries to escape at the hospital.

Weltall has Good Will Hunting(1997). While there’s a little discussion of the movie, and the reveal Tim hasn’t seen it, we focus more on how this movie got made. It delves a little into the history of a certain mister Weinstein who did have a talent in picking movies and clearly paid attention to scripts. A bit of good, a lot of bad, and it launched the careers of Matt and Ben who no one expected to still be working today.