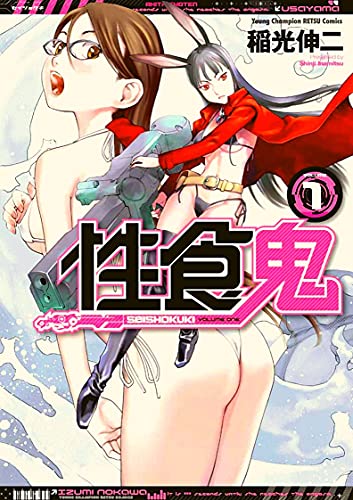 Murgh. Meh? What time is it? Shit, it wasn’t fall forward? I sword it was spring back and fall the other direction. Give us like five minutes then to grab a manga or something and power read through it. I’m sure we won’t screw up the details because we’re scrambling to get this done.

Tim starts up with Levius. Not Levius Est which is much easier to find. It’s some sort of magitech style future past where there was a war. It ended when steam cyborgs started fighting people and now the world resolves things through MMA. That is mechanical martial arts. The title character, Levius, is one of those people with a robot arm. He ends up competing in MMA because he believe that’s what allows him to see his dead mother. It gets a Borders.

Weltall has Alice in the Alien World. Izumi is a horn-dog of a character. She’s constantly sneaking off to the nurses to rub one out. All of a sudden she meets a bunny woman who give her a battle uniform to fight aliens. Also, the uniform is a skimpy bikini which covers almost nothing. This allows her to collect the evil invading alien’s goo. It lands squarely in Borders.