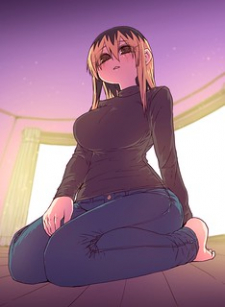 There are twin cities out there. You have to be careful though because there are fraternal and paternal. Fraternal twin cities share a geography only. Paternal twin cities are ones that were originally founded by the same person but divided because of prohibition or some similar legal disagreement. Which is why New York and Los Angeles are so far apart. New York decided that living in a hole with rats was a perfectly fine core personality trait. Meanwhile LA disagreed and believed that being unable to drive was more important. So they broke apart and drifted off to the west coast. This leads us to a twin manga review.

Weltall has Dog Nigga/Dog Ningen. The first is the scan translation and the second is how it’s titled in English on the site of Bezos’. The plot is the main character’s dad was drunk one night, had sex with a dog, and giving birth to him kills her. So he’s out to revenge fuck his dad to death. Not a strong plot and not interesting to get it above Burn It.

Tim has My Divorced Crybaby Neighbor. It’s a slice of life style manga so you know we’re in for a ride. Sawatari lives in an apartment next door to Ochiai. She’s in her twenties and recently divorced and cries when the sun rises. Sawatari stops a drunken local from hitting on her so she rewards him by cooking a meal for him. Which kicks of the story of their budding relationship with some backstory about her failed marriage. It gets a Read It Now.