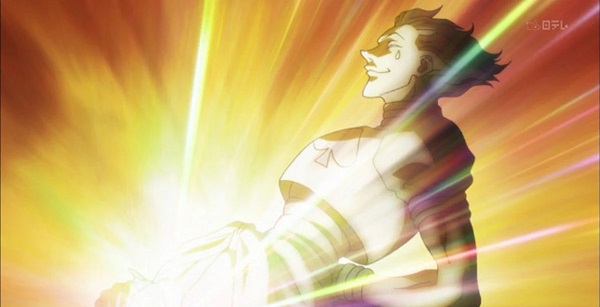 Tim has Boruto. The sequel to Naruto that no one asked for. Set years after Naruto has gotten the spot as hokage and married Hinata. Also they have kids and the one named Boruto doesn’t want to be hokage. Also he might hate being a ninja but wants Sasuke to train him. Also, they’re starting the Chunnin exams because screw pacing. It ends up with a Borders.

Weltall then has Hunter X Hunter. This is sometimes accused of being a Naruto rip off. We don’t know why, as the protagonist Gon goes off to become a titular hunter. Which means joining an organization of highly trained people who already have skills capable of killing most people. Which begins with him partaking in a test to become a hunter that is certainly nothing like any ninja exams. It’s a Crackers, elevated by the appearance of a single character.