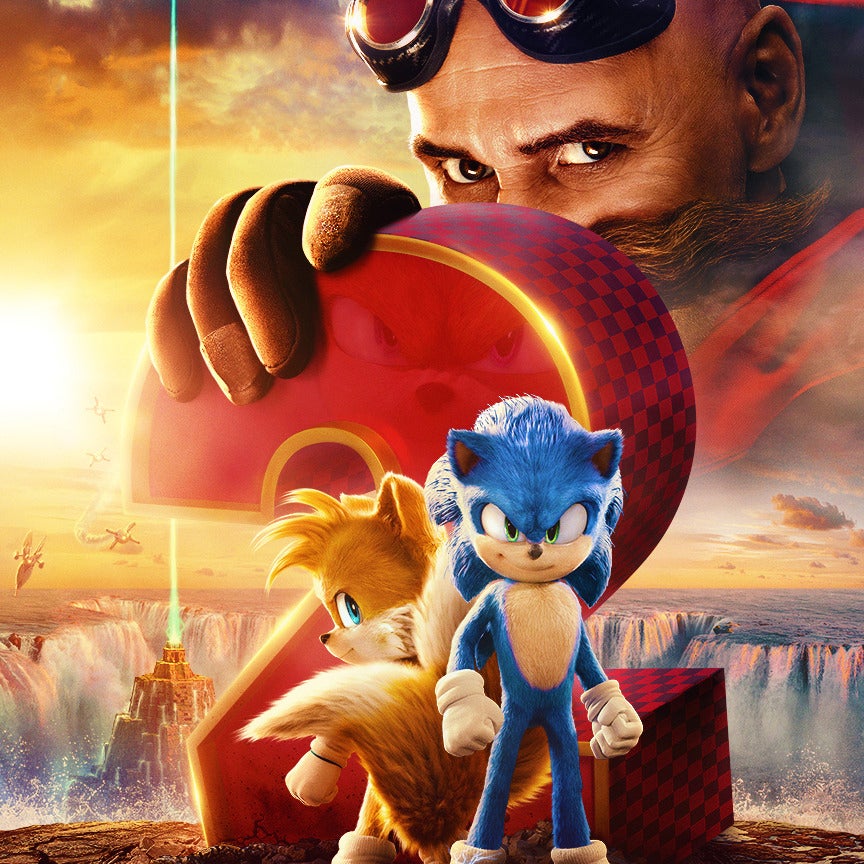 If one is good then more is better. That was the adage that a certain movie studio must have been living by. Because they release a film with a certain blue blur who got revised in post. Which then went on to be a funny movie no one had any expectations for. Naturally we had to do the sequel, Sonic 2[2022].

We pick up with Robonik who’s been trapped in the Mushroom Zone, fidgeting with the remains of his Egg Mobile. With a single quill of Sonic to keep him sane, through self administered shock therapy. He manages to summon Knuckles with a blast and transported back to earth to hunt the “Master Emerald”. This happens while Sonic is home alone. Luckily he gets some help in the form of Tails who has been watching Sonic from afar with his gadgetry.

Tim has Pirates of the Caribbean[2003]. We’re certain he wasn’t activated to do so by any recent events. Unless we’re talking the announcement that Picard is getting more seasons and he is simply retreating to his happy place. Other than some CG that’s aged about as well as cottage cheese, it’s still a fun adventure movie. Also Sparrow is kept to a supporting character instead of being the omni-present comic relief.

Weltall has Ambulance[2022]. Michael Bay much have run out of cocaine. After waking up and dusting himself off, and assuring himself that the dust was not a coke reservoir, he approached Holly wood. They pulled out the script to a Dutch movie, a duffle of cash and told him to have fun. Which means we get an action movie that’s held together by predictable characters who have their part to play in the story