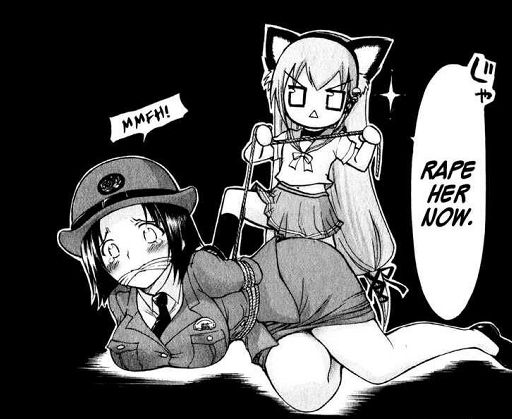 With all the targeted marketing branching out, I have an idea. There’s an underutilized market that’s ripe for tapping. The boomers. You might counter that they see foreign comics as degenerate. I counter that there’s a large chunk of them that are secretly degenerates and can be swayed by the argument that it’s art. Or just blast their DMs with animu titties and they’ll eventually come around.

Tim has Get Schooled. A manwha that would make the actual boomers as excited as an anteater in the insect pavilion. It’s set in the vaguely immediate future of South Korea. Schools have become a nightmare after the banning of corporal punishment resulting in teachers dying and rampant bullying. Until a special department of the government that can implement beatings until moral improves. It gets a Borders.

Weltall has Gou-dere Sora Nagihara. Shouta Yamakawa loves his 2D girls and ignores his classmates. Until one day when his best girl leaps out of his manga. She causes all sorts of havoc as she also has the inherent powers of a manga character. Like being able to just appear in another place or suddenly have an object which she needs. It’s more than a little goofy and fun, landing it in Read It Now territory.