One week I was late, the next I was early. Hello everybody I hope you're doing well and winning bigly. This week's question is part 2 of a previous question but instead of it being real world locations you'd like to visit from anime, what fictional places would you like to go see?

This is the second part of a question suggested by Xahldera, nice one.

Hokay, gonna try and keep it down to just a few entries, because there are a lot of places I'd like to visit.
-The version of Japan that we see in Mushishi would be pretty lovely. Untouched, tranquil wilderness with only the occasional little village and no dangerous animals whatsoever. Would totally go for a long hike in those forests and mountains.
-Academy City from Index would be cool as well. Bright, shiny, clean and super modern, with high tech everywhere. The kinda place where you can spend a few days just wandering around gawking at things. Of course, the crazy hivemind nuns kinda tarnish the image a bit, but Imma just stay away from those...
-and lastly, Alola from Pokémon. Sometimes you just wanna visit a place where there are no major bad guys and things are kinda chill and any Pokémon location basically covers that. Alola seems like a pretty beautiful and laid-back place, even among Pokémon settings, so that'd be the one I'd want to visit more than any of the others.

Then you've got a few like places Hinamizawa, Orth (from Made in Abyss) and the city from Ghost in the Shell where I'd like to just peek in for a little while and then leave before something massively bad happens. They're just a bit too dangerous for a full vacation.

Time to get that travel and ID documentation out again...

My choices of fictional places to head are:
THIS IS ONLY A TEST...
xahldera/X-ray Alpha

I mentioned in answering the "real world" counterpart to this question (see here viewtopic.php?f=8&t=35132#p38327) that I was more interested in the fictional locales of anime, and so now that we are discussing it in this follow-on topic, I will reiterate/confirm what I said there. Mostly, if I had to pick one milieu's setting(s) to visit, it would be those of Cowboy Bebop -- The whole grand tour, in fact. I'd like to see Alba City on a terraformed Mars, and the orbital colonies of the beltline, such as Tijuana, or the moons of Jupiter and Saturn. 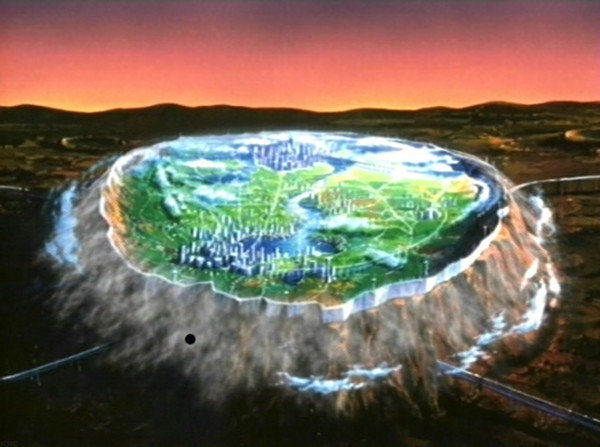 Back on Earth, I'd like to see what became of Singapore, the birthplace of Faye Valentine, and the desert airstrip of the old geezers' Space Shuttle.

But I will avoid going anywhere near where that old contaminated refrigerator might have ended up. *shiver*

I could certainly mention more, from Cowboy Bebop and other imaginative anime, but as long as I could get there in something like Spike's personal ship, The Swordfish II, that would be awesome.

That's basically it.
Wherever you go... there you are.

The SAO anime world where VR games are advanced. That would sick.

I would like to visit the delicious, dangerous world of Tori-Tori-Tori-TORIKO! FORK! KNIFE!

If I'm lucky, I will get iskekai-ed during a Jump crossover

for me the world of Fairy Tail. i think it would be fun! my alter ego would fit in just perfectly lol
Queen Inoue Shiromaka

-And last but not least Anteiku from Tōkyō Gūru (Tokyo Ghoul)