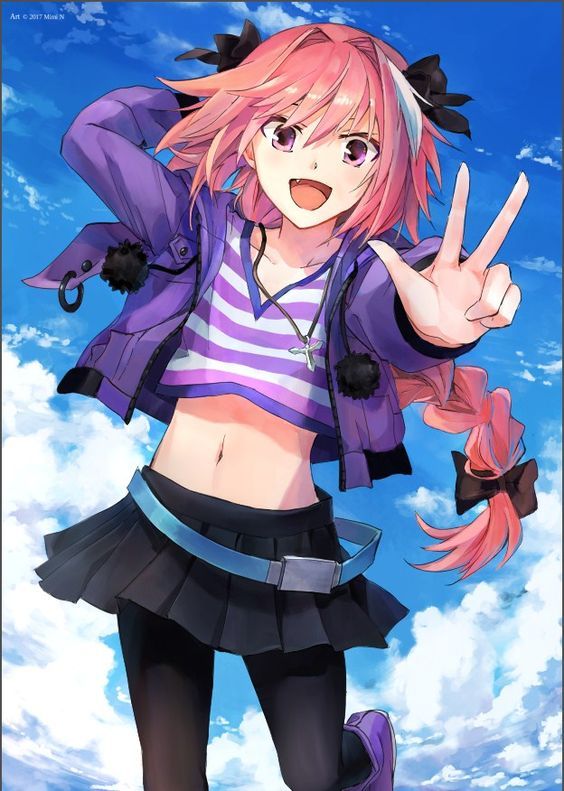 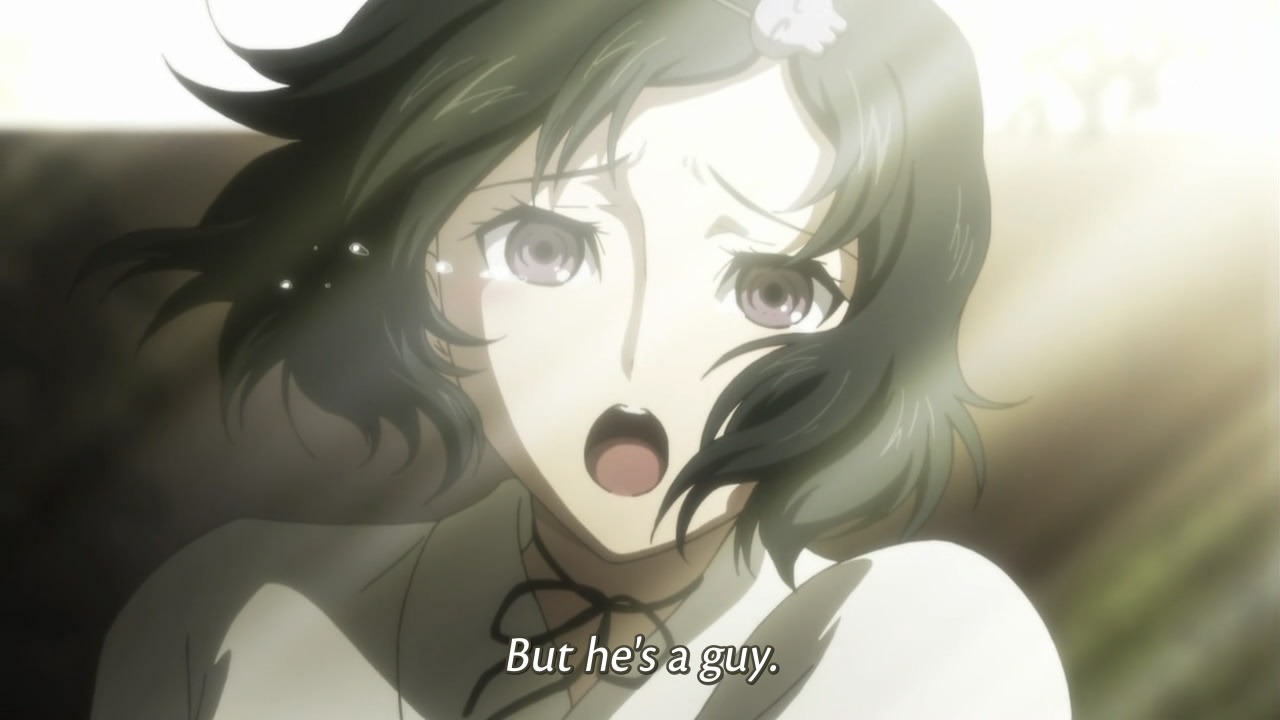 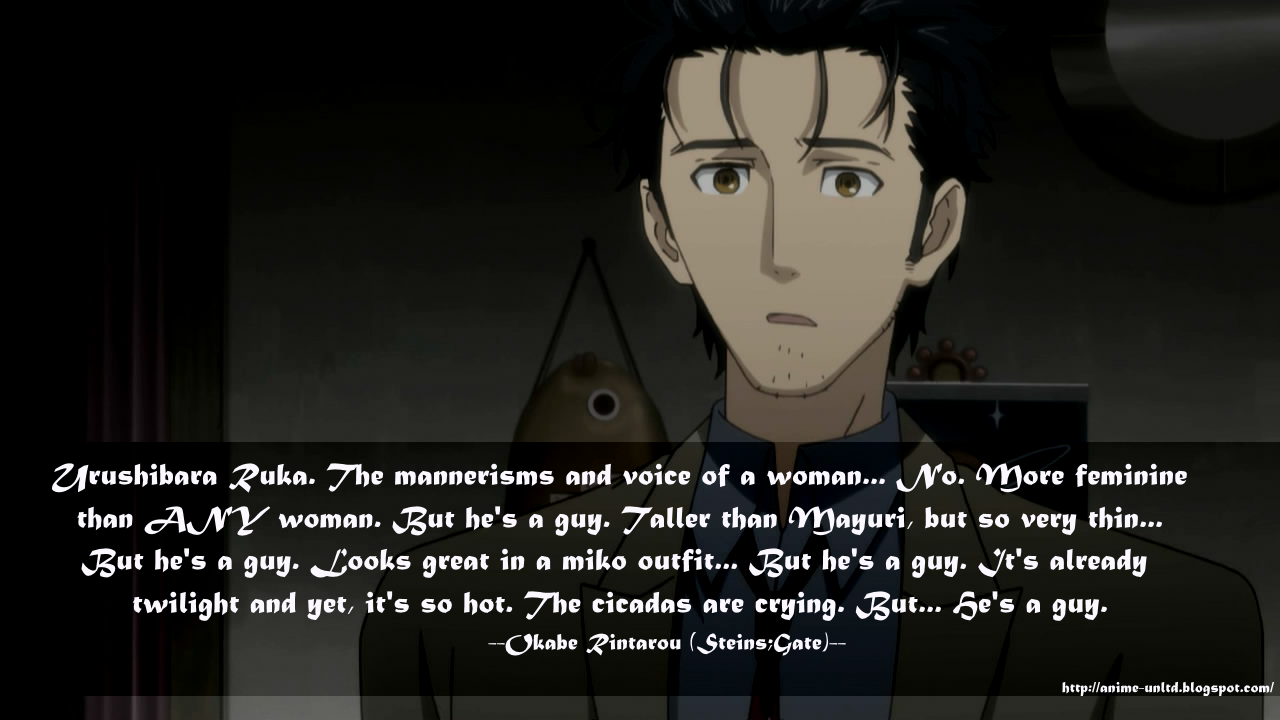 I have no answer myself. It's a paradox that cannot be easily resolved.}
Wherever you go... there you are.

i wanna say bisexual because of the fact that if they still like the person even knowing that the person is biologically male but like the fact he looks like a girl but maybe he is just gay. i dunno lol very much a paradox
Queen Inoue Shiromaka

I feel like this question is so not woke. Well, the term trap isn't really woke either, is it? Ah, life in 2018.

Traps are this odd thing, where the creators got it into their head that some people like to be tricked into thinking that boys are really girls. Or maybe traps are more for the female audience who want to see boys dressed up as female, and/or they want to see a boy and a crossdressing boy make out? 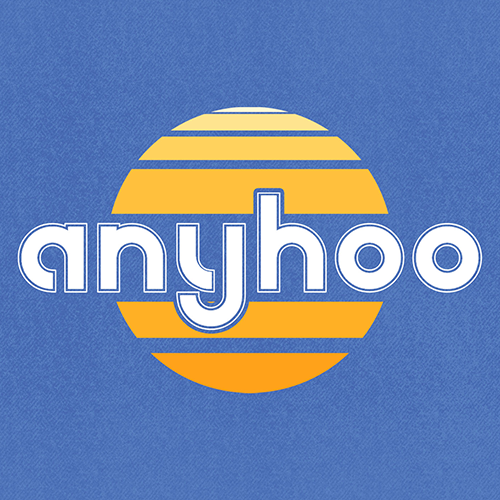 In my experience, traps aren't gay. I think that most males in drag often end up not getting with anyone, because traps aren't given serious weight in the story. A trap is not going to be the lead, and he or she (usually he) is just going to be yet another archetype who stands around and plays a one-dimensional role. I think

So, based on what I've encountered, traps are typically just for lulz. They're this "gotcha" or cute character, but the story doesn't go in depth on their sexuality. I've seen less than a handful of anime that tackle crossdressing with any significance.

It's not gay if it's cute
Top

Hmm. Inherently, the "traps" themselves? Not necessarily... I'm betting they could fall anywhere on attraction. A guy can dress feminine and like girls (sort of a transwoman lesbian) or guys, but commonly in anime it seems like "traps" are overwhelmingly assigned male/identify female/attracted to male. In which case, I guess it depends on the "trap" themselves and how they identify!

If you're attracted to the gender the "trap" presents as, and that is not your gender, then I don't think so! But this is kind of what makes adding labels to the variation of sexual and gender orientations helpful. You can be bi, pan, hetero- or homosexual, asexual, hetero- or homo-romantic, female or male gendered or gender fluid or androgynous or agender. Find your truth and live it, honey.

Man, do we need another word to replace "traps" though.
Top

I'd argue the opposite. Too many terms just mires everything down in semantics when the issues could just be so much simpler. xD
I also don't think it's fair to compare traps to trans people. I'd say they're very different things. Dressing and styling yourself in a way that makes you really easy to mistake as the other gender is all about aesthetics and fashion choice, not gender identity.
The only reason I said traps are gay is because it's a character (usually male) that's designed to appeal to people who normally aren't into their gender (again, usually male). If they can pull it off then you've now got a guy being attracted to a guy. Thus, GAY.