Anime has no shortage of characters good (at least ambiguously) and bad with high body counts to their name. From the loud and bombastic crazies to the reserved cold blooded killers let's talk about your favorite mass murdering anime characters.

This topic was suggested by user Xahldera

Light from Death Note is one of my favorites. He was calculating and smart about how he was going about his killing once he got the hang of it. He did go a little insane near the end but i find it pretty cool that he was able to continue his killing while working with the detective investigating him completely under his nose. I would have to say he is my favorite killer character.
Queen Inoue Shiromaka

Ah, darn, Inoue-sama beat me to the punch, as I too would have named Light Yagami from Death Note.

But there are still a few murderous characters in Anime I could name, those that one might find hard to hate, or conversely love to hate.

There is an abundance of characters (among many) in the series Bacano that are ready to murder at the drop of a hat. I can't quite single out one I'd like to mention in particular though. Maybe, Vino.

And then there is the character Scar from FMA, whom we start out fearing and hating but eventually see him somewhat more sympathetically.

But the one murderous character I think comes readily to mind now is the mage assassin Kiritsugu Emiya from Fate/Zero. His character proves to be so rich in depth than what one might at first expect. He is ruthless as hell and bent on taking out all of the mage masters gathered for the Grail War battle royale. For those who had seen Fate/Stay Night, it is hard to concieve that the man that Shirou Emiya would one day consider to be his 'hero' and inspiration could have actually been so ruthless and treacherous. And the love he shows Irisviel and their daughter Ilya seems equally incongruous. Then we get Kiritsugu's backstory. And with this, it all falls into place, especially when he pits himself agaisnt the equally murderous *SPOILERS* ....

Just an awesome character as it turns out. At first I was put off by his actions and his attitude, but on subsequent viewings of this series, I realize he has so many conflicting motivations. And by the end, his actions and choices neatly set up the Fate/Stay series that follows so very well. Very much recommended.

Well, this turned out to be harder to answer than I thought. Eventually I came up with this character: 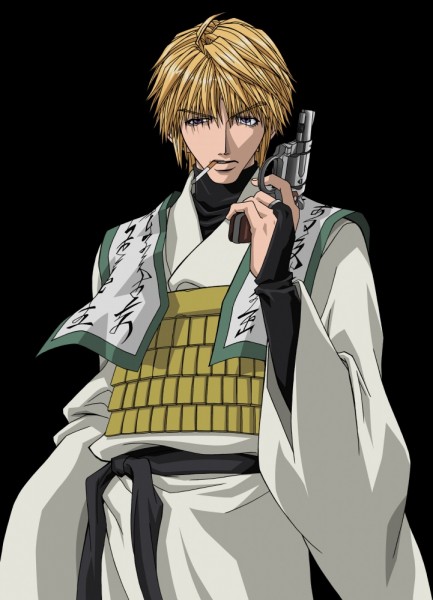 Genjo Sanzo, "the 31st of China" (To give his full title) is a Sanzo Priest, a high ranking Buddhist priest in the world of "Gensoumaden Saiyuki". He is the protector of one of the "Sutras from the Dawn of Time", specifically the "Maten Sutra", a scripture that takes the form of a scroll that is part of a fundamental element in the creation of the universe in the Saiyuki canon. The reason I mention Genjo Sanzo is because despite being a Buddhist priest, he does everything almost counter to their belief system. He is impatient, has a short fuse and is blunt and rude. And he leaves a high body count in his wake. Granted most of those he kills tends to be Youkai who are suffering negative effects from experiments by the main villains in the Anime, as opposed to Humans. But he does kill a lot of Youkai in his parties attempts to complete their mission to reach the West. I don't have an official figure for how many he has killed in the course of his mission but one of the episodes of the later season, "Saiyuki Reload", touch on the fact that to become a Youkai yourself, you must kill a thousand and Sanzo's companions toy with the idea that Sanzo is already a Youkai himself due to the high body count he has left behind. He is an interesting character whose actions arguably go against the very religion he is supposed to be serving, especially in the high numbers of Youkai and occasional bad egg human he kills. 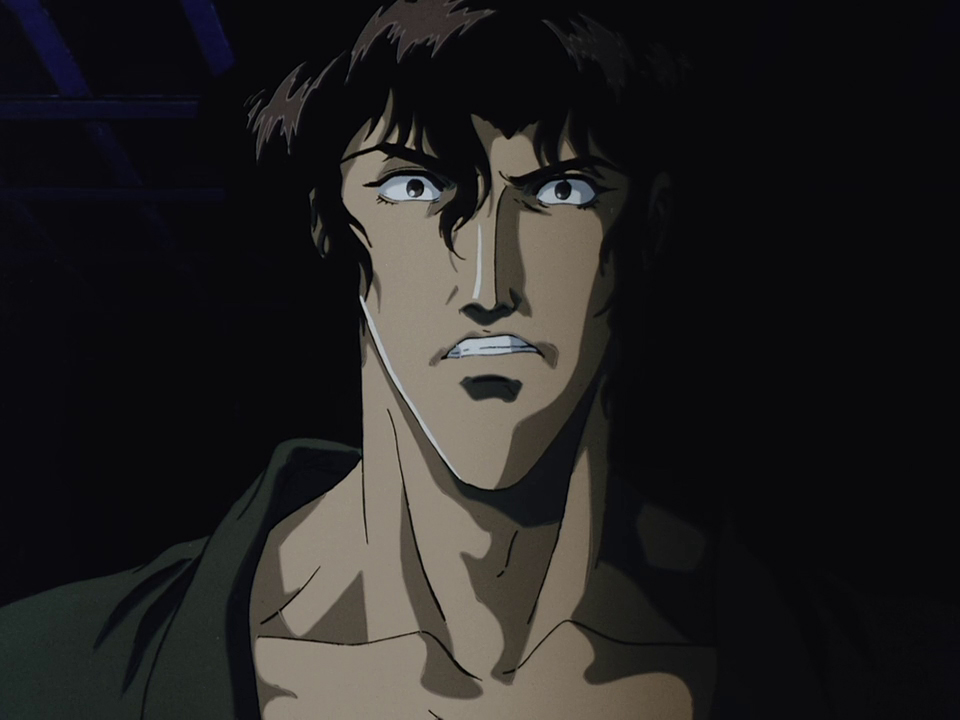 He is a Vagabond Ninja from Ninja Scroll, who despite his lifestyle has a strong moral sense of right and wrong. He kills a lot of the main antagonists of the movie, the "Eight Devils of Kimon". At least 6 kills can be attributed to Jubei if the wikipedia article is correct.

I was going to go with Light from Death Note but I’ve been beaten to it. So my second choice is the sadistic killer Yamori from Tokyo Ghoul. He enjoys torturing way too much and kills for fun and nothing brings more joy to him then the screams of his victims.

I have two for this one, the first being Lucy from Elfen Lied. Who starts her spree as a little girl killing bullies and a family, to killing an entire research facility and later almost the entire world.
The second is The Red Man from Deadman Wonderland who kills a class full of kids out of sheer jealousy. Then later on you realized he gave the rest of the deadmen their powers by creating an earthquake with a magnitude of 11.4 leveling and sinking 75% of Tokyo with it. and if that didn't kill a large mass of the population I don't know what will.
Don't get left, just get on your good foot.

Illicit Material
Not So Newb

So many great characters to list and a lot of good ones have been already. I think I am going to have to go with alucard, either ultimate or abridged. Such a great character who just doesn’t give a damn about anything. Plus next to maybe planet busters how many people can say they have killed as many people as him.

A close runner up would have been Elsa Granhiert, the first person to kill Subaru in re:zero. The ease of how she kills and her icy demeanor definitly makes me believe that this isn’t her first time. Plus how she is portrayed has me believing she could be a bit of a yandere, and what list isn’t complete without at least one yandere, right joeseph?
Top

There are way too many killers to count, but I'm gonna go with the man who loves the act of killing so much that his feet start a'tapping!

Ladd Russo- Baccano!
After 14 years the ElectricSistaHood podcast has ended!! Check the site for the sisters doing streams and videos
Top

The first character that came to mind for me was Duke Togo from "The Professional: Golgo 13". This was one the first anime I watched and loved. Golgo 13 was this badass assassin that just murdered his targets without question and he did it so with fail.

Johan Liebert from Monster. Monster has a superb story, topped off with a great villain. Johan isn't a monster in the traditional sense of the word. He doesn't even have to carry the murders him self most of the time. His psychological manipulation of his victims is what makes him a "Monster"
Top
Post Reply
10 posts • Page 1 of 1