First off due to listener feedback the show will no longer have a music track intro until we find a suitable replacement that we're leaving up to you, the audience to suggest. If you any ideas for music then please mention it here, as a comment on the website or through emails to me (andrew@anime-pulse.com) or Joseph (redunit10@anime-pulse.com). Submissions need to be safe to use without any potential copyright incidents and preferably fitting for a show that deals in anime. We greatly appreciate all input!

With that out of the way, anime has a variety of cool ways to get from A to B, some of which are exclusive to the medium. So the question of the week is if you could own any vehicle in anime, what would it be and why?

This topic was suggested by listener Vailreth, so thanks for that!

I got a long list of potential candidates, rather than one single choice, so bear that in mind as you read through the list. 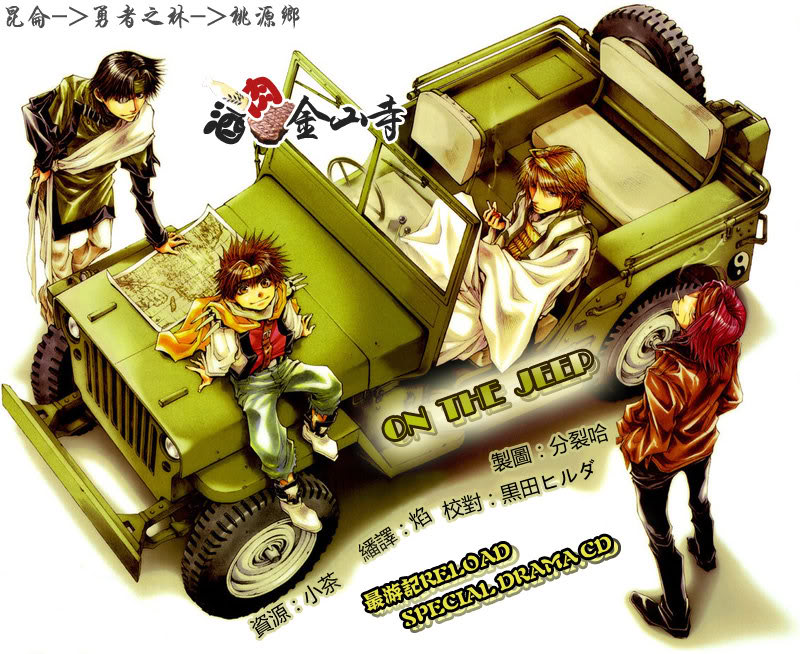 Technically, "Hakuryuu" (or "Jeep", depending on whether you follow the original Manga naming or the Anime naming), is not a vehicle but a character, in the same vein as "Ryo-Ohki" from Tenchi Muyo, in that Hakuryuu is a creature, in this case a small white dragon that can transform into a jeep. I mean, what is there not to like? He's a dragon that turns into a friggin' car! He is also cute as hell in dragon form. 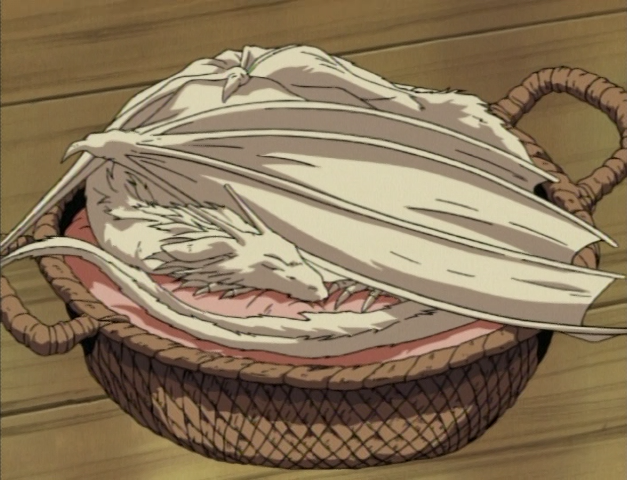 I mean, look at him! Isn't he adorable? Problem with wanting to own him is that he technically doesn't count for the purposes of the topic and he already has an owner, the youkai "Cho Hakkai" who will probably take issue with me stealing Hakuryuu. So moving swiftly on... Mecha/motorcycle hybrid that I would like because it would be useful to fight my way through traffic during rush hour along with any rogue boomers trying to kill me and ruin my ability to get to work. The weaponry will be especially useful to deal with people I don't like...

Honda Today Police Car and Honda Motocompo from You're Under Arrest 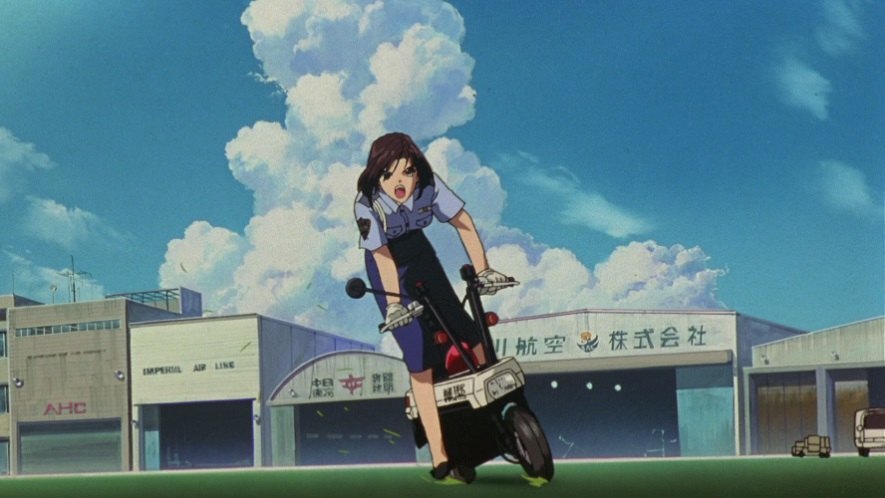 The small patrol car that is Miyuki Kobayakawa's ride and her partner Natsumi Tsujimoto's mini motorbike seem like cool vehicles. I mean, who wouldn't want a police car that can go through narrow alleyways without too many problems, compared to your standard cop car. And the motocompo would make for a very useful backup vehicle should things go wrong and I need to go through even crowded, less spacious areas.

Honourable mentions go to the Toyota AE86 Sprinter Trueno, the car from "Initial D" as the Anime boy racers dream vehicle and Kaneda's motorcycle from Akira, because it's a cool bike, if not the easiest to ride.
THIS IS ONLY A TEST...
xahldera/X-ray Alpha

I once dreamed of having my own gundam or Varitech mecha, but they're not really practical for transportation unless it is to go to battle.

I have mentioned before in the topic about anime worlds to live in that I would love to travel about the colonies and other locations of Cowboy Bebop in something like Spike Spiegel's Swordfish II. That still stands.

The Swordfish II is a modified type of racing space vehicle, known as a MONO (mostly with armaments added). 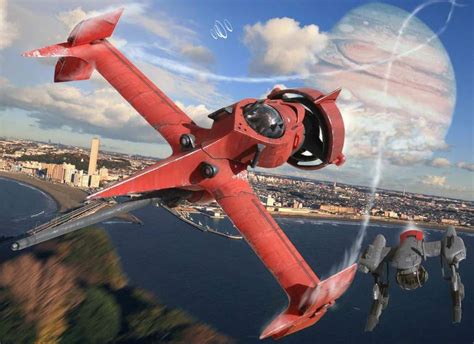 I like the fact it is a VTOL craft, can fly and land just about anywhere, has foldable wings allowing it to be stored in a hangar much more easily, and that traffic and other drivers would be far less of a problem for this vehicle...

EDIT: I thought of another, more "down-to-earth" alternative to the above. And it was staring me in the face, in the guise of my avatar. I would also love a Tachikoma (from GiTS), since they too can take a human occupant and are extremely versatile in an urban environment. 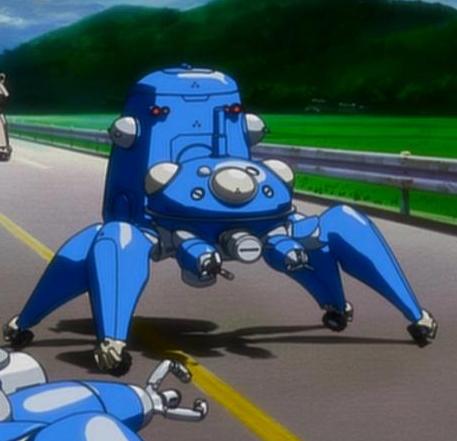 AND they can do housework: 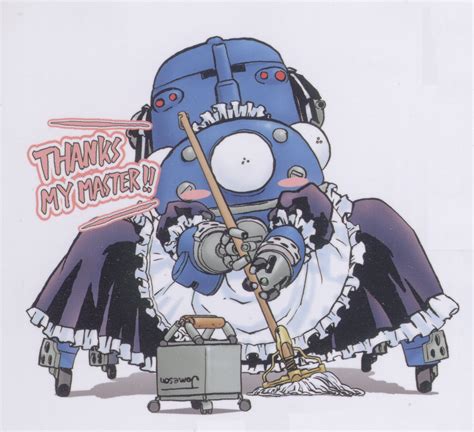 Hmm. There are so many dangerous and powerful vehicles I could choose from! I'm going to play it a little safe, though. I think I would go with a Rideback. I most people wont know what a Rideback is, or the show Rideback. It was a show where a former dancer ends up joining a resistance.

I don't want to save the world or anything. I just want a transforming motorcycle that has arms and stuff.

This channel does nothing but free beats, so if this particular one doesn't do it for you, there's more!
After 14 years the ElectricSistaHood podcast has ended!! Check the site for the sisters doing streams and videos
Top

I'm gonna go with Rampant here, the Tachikoma's are just great. Vehicle, friend and weapon all in one, what else could you need?

I also would like to have the Thousand Sunny from One Piece. I enjoy being on the sea and the Sunny seems to have all kinds nice facilities and secret functions that I could use.

As for music you could use a snippet out of a Nightcore remix of some anime song, giving appropriate credit in the episodes description of course. That way you could have any anime song without it possibly triggering some copyright filter.