What the title says.

Given the exclusion of FMA's Shou Tucker, I nominate Gambino from Berserk, the adoptive father to the main character Guts. While he raised young Guts and taught him how to survive in a crap-sack world of death and mayhem, it did not stop him form later betraying that trust and pimping him out to being raped by a pedophile mercenary. Because of his own jealously and bitterness he turned out to be such an evil bastard. 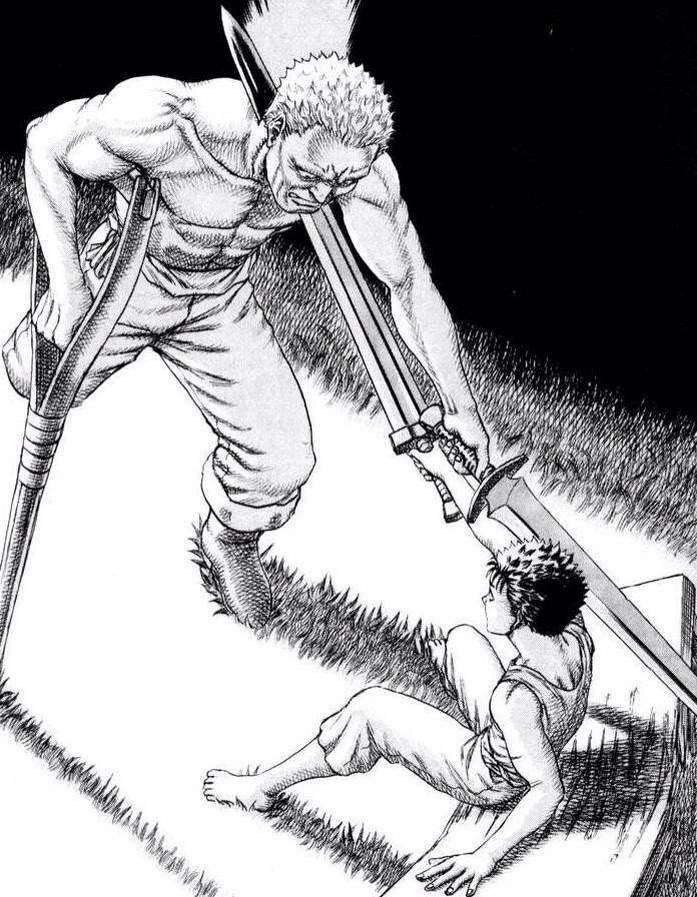 Desty Nova from Battle Angel Alita. A doctor so fowl he not only experiment his horrid "Karmatron Dynamics", warping them into monsters of their own dark relflections on others but also his son. Making his son a spilt personality case. He also has a merry-go-round with real horses impaled on the bars.
Don't get left, just get on your good foot.

While there are a lot of well-known bad dads I'm gonna go for a few more obscure ones.