This may be a repeated question but I'm a little dry topics so I work with what I've got. Please provide some anime that you believe are underrated. Maybe talk a bit about why you think they are underappreciated as well.

I feel that Flying Witch is an anime that was pretty underrated considering how other similar anime such as yuru camp and non non biyori where pretty popular back when they came out. It seems that people nowadays really enjoy the calming type of anime yet this one seems to have gone under the radar.
Top

I will mention Last Exile (NOT the second series, Fan the Silver Wing). It had a somewhat anticlimactic ending, but no worse than many other series. 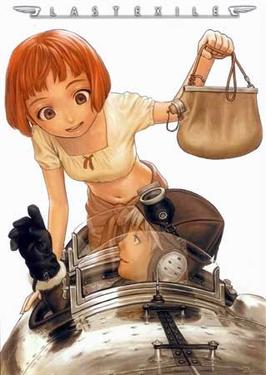 Range Murata at their best. But the second series seems to have killed the franchise for many, so that is why many seem to disregard it.
Wherever you go... there you are.

Dryden999
Not So Newb

Terror in Resonance, Darker than Black, Eden of the East, Jormungand & School-Live!

I'm not totally in the loop but I think these were kind of niché underrated shows that didn't get much buzz or respect when they were first released. Well, to me anyway. I stumbled upon them as I started to watch more anime. All just had really solid characters, an interesting plot and usually had something happening that kept you on edge episode to episode. Especially School-Live! Which I really feel like did a great job of blending themes of survival horror w/ slice of life. I probably have a ton more because I oddly tend to enjoy the odd/unpopular anime for some reason but these were that ones that really stuck with me after watching.
Top
Post Reply
4 posts • Page 1 of 1