Pretty self explanatory really, to celebrate Special Person's day what are the best Dad's you know of from anime?

I'm going to name Maes Hughes from Full Metal Alchemist (both series). A great dad to his too-kawai daughter Elicia and a good, loving husband to his wife Gracia.
Some might say he's overly fond of and doting upon his darling child, always willing to go off on a tangent to proclaim her abject cuteness. But it makes him endearing despite how over the top he can be at times. At the same time he is a good friend and father figure to the orphaned Elric brothers, extending his hospitality to include them in his family dinners from time to time while acting as their mentor and superior officer. 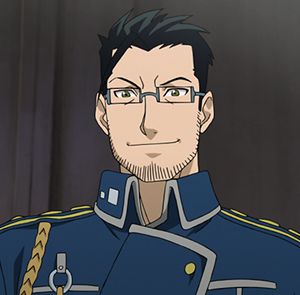 (And he seems to be the polar opposite and counterpoint to the completely worst dad in anime, also from the same series, Shou Tucker.)
Wherever you go... there you are.

I would have to to go with Gohan from Dragin' Balls, no not that one, the old man. Most people when finding an alien would run for the hills or kill it dead, not this guy he takes Goku and raises him as if he were his own and trained him to survive and turns him into the all loving hero the worlds needs. Goku loved him so much that he names his first born after him.
Don't get left, just get on your good foot.

Oh! From Ouran High School Host Club: Haruhi's dad! Initially he seems like he might be a lazy infantilized parent supported by an overachieving child, but he in fact works late nights at an okama bar (hence why he is often sleeping late) to support his daughter, and is very loving and supportive of her (sometimes obnoxiously so).

And hey, what about Inuyashiki, from Inuyashiki? He might look like a grandpa, but he's actually just a dad. He genuinely seems to care for his kids, even if they seem to take him for granted - and after he gains cool robo-powers he runs around fighting crime, and eventually kinda saves the world. Like ya do.

Non-anime mention - Ogami Itto, the wolf of Lone Wolf and Cub, and super hardcore dad. He was framed as part of a plot to unseat him from his executioner's post, and his wife and household staff were all killed, leaving only his infant son Daigoro alive. Before embarking on a quest for vengeance, he offers Daigoro (only 1 at the time) the choice between a ball and sword - if he chooses the ball, Itto will "send him to his mother" and if he chooses the sword, he can come with his father on his quest (spoilers, he chooses the sword; why else would the title have "& Cub" in it?). I think Itto made the sword more enticing by letting the light glint off of the blade, ensuring that Daigoro would make the choice to join him. You could argue that a quest for vengeance is no place for a toddler - and you'd be right - but it's admirable that Itto took responsibility for his son's life and care, when he could EASILY have given Daigoro up in favor of his revenge (and still be tragically sympathetic). Notably, Itto is quite the stereotypically stoic male protagonist, and is not effusively affectionate with his young son; the fact that he keeps Daigoro safe and cared for while he is on the run from shadowy antagonists and taking assassination jobs to make ends meet speaks volumes to his love for Daigoro and commitment to his role as parent.
Top

All Might might not technically be anyone's dad, but he acts as a mentor and father figure for Deku (And later Bakugo as well) and is genuinely devoted to their growing up and developing into proper heroes. In a series that has one of the worst dads it's refreshing to also have someone like All Might to give us hope for the future of fatherhood. 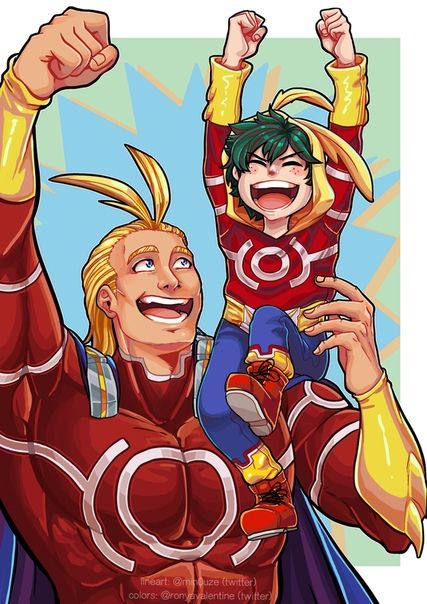 Kongou-sensei from Houseki no Kuni is a father figure for all of the gems in the story, overseeing and guiding them through their lives with incredible patience and kindness. While he's probably holding a whole lot of secrets from the gems it's pretty clear he's granting them a fairly peaceful and fulfilling life, all things considered.

While the anime hasn't reached this story arc yet this thread wouldn't be complete without best dad Bondrewd from Made in Abyss, who shares a very dedicated relationship with his adoptive daughter Prushka. Both of them are highly devoted to each other and form an unusual, but interesting duo. 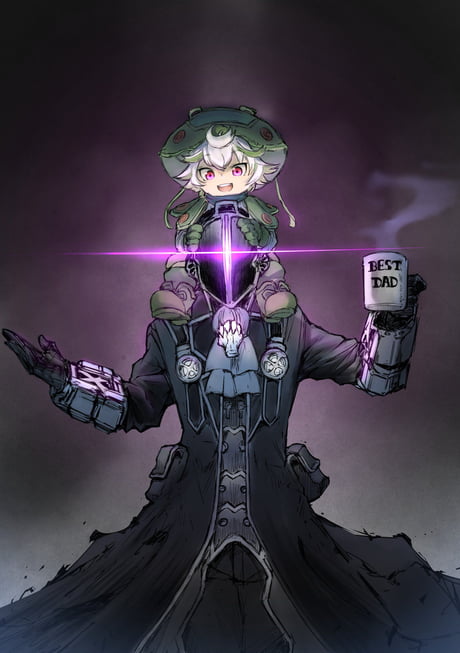