Based of a chat I saw happening on the Discord around Redo of a Healer, anime does star morally questionable or outright villainous characters from time to time. So this week I'd like to ask you all to start naming some of your favorite villain protags. Key word protags, the anime has to star them.

Wow, there are a lot of these in Anime. And I'm not even counting the "good-guy criminals" or the antiheroes. There are some serious villains whose stories revolve around them, making them the protagonist of said story.

There is Ainz Ooal Gown, the titular MC for the series Overlord. There is Alucard from the Hellsing series. And there is Light Yagami from Death Note. And Revy from Black Lagoon. Almost too many to choose from.

Also, if he had been more of a lead character, I would have mentioned that Scar from Fullmetal Alchemist is an outright villain to whom you begin to sympathize with to a large degree by the end.

If I had to choose a current favorite, however, I think I'd have to go with Tanya von Degurechaff, the title character from Saga of Tanya the Evil, (known in Japan as "Yōjo Senki", or "The Military Chronicles of a Little Girl"). Unlike most of the other villain-protags listed, I find I actually want Tanya to succeed in whatever nefarious plans she has, because I do not think her plans are any worse than her enemies'. She is indeed a monster, on par with the worst of those depicted in similar stories, but I am fascinated that her ambitions might actually have some benefits to her comrades and allies, possibly doing more good than harm, by accident more than design or intent. I anxiously await to see where her story leads. 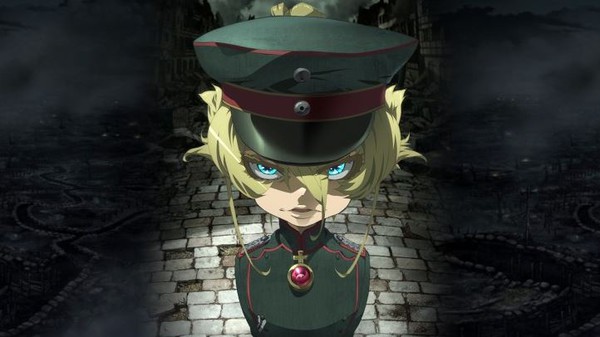 I'll go with Lucy from Elfen Lied. While her plight is played as sympathetic and an excuse for her to hate humanity and destroy it, the core characters surrounding her make it clear that they won't forgive her actions in spite of that.
Don't get left, just get on your good foot.