Name some anime characters that made you feel sorry for them. Any reason will do.

I'm going to focus my response on anime series, rather than movies, because nearly every anime movie has a lot of drama, especially the Ghibli or Shinkai productions. I consider those a given.
One of the earliest memorable and still lingering times that I felt my heart strings pulled due to pity or sympathy towards an anime series character was when Winry Rockbell of Fullmetal Alchemist: Brotherhood, a usually very bright, upbeat and likable girl (even when she's taking a wrench to Edward Elric's foolish head), is suddenly put in the situation where she is facing the man she just discovered is the one who murdered her parents during the war, orphaning her. To make matters worse, a stray handgun comes into her possession at that moment -- and she has to have Ed talk her down from something drastic, taking matters into her own hands, getting revenge and thereby violating everything she and her parents had believed in, which is the sanctity of life (they were doctors). It was one of the most emotional scenes I can recall in anime, one I won't soon forget. And that it so accurately echoed the manga so effectively, this alone proves that the Brotherhood series was the better one of the two. 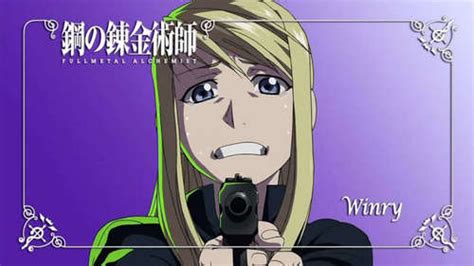 Chad from Bleach. Easily one my of favorite and likable characters next to Uryu, always gets the shaft in terms of power development. Most of his fights put him on the giving or receiving end of getting completely stomped on. He's twice been able to defeat a semi-powerful yet lower mook of an arc, only to get taken down quickly by a much higher level opponent, to show how much of a badass they are, and it happens every single arc. I feel pity for him because he's a really good guy that has cool power but just can't get any love. 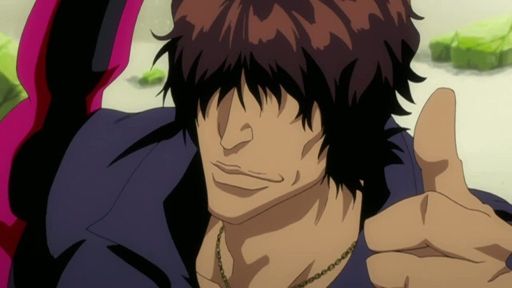