This topic might be a bit tricky but we'll see if it gets any responses. Has there ever been any anime that came out that you thought was decent or even very good, only to find it going largely unnoticed? The sort where it seems something else from the season stole the spotlight and basically no one seems to have watched it?

Forum topic submitted to me by MyRittleRaidy

The Disastrous Life of Saiki K is one I have never seen people talk about or see. The fact that it's also in Netflix jail doesn't help. I don't think that even AP has done a look or review on it either, one of you should.
Don't get left, just get on your good foot.

Far too many to list. I'll list three from off the top of my head (that haven't already been mentioned):

(3) Gargantia on the Verdurous Planet (Suisei no Gargantia) was a great science fiction series airing in 2013 that deserved more attention than it got. I can't pinpoint why it did not seem to garner as much praise as it deserved, except there were a few of significant anime that year that would have drawn more eyes (Attack on good taste, Little Witch Academia, Monogatari series, another season of High School DxD and Oreimo, and more.) It is an interesting take on a post-apocalyptic future along with elements of Space Opera. 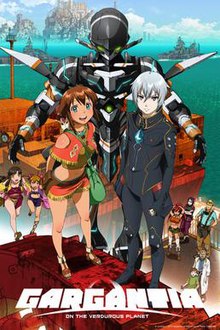 (2) Princess Principal (Purinsesu Purinshiparu) was one of those anime series that suffered from lack of exposure due to being locked behind Amazon's paywall during their first foray into an Anime streaming service. Set in a steampunkish world, this series combines action, espionage and intrigue in a complex plot within a plot centered on group of cute girls from a "finishing school" who carry out very unladylike impossible missions. It also favors a great soundtrack by Yuki Kajiura. It's a shame it does not get the credit it deserves because we truly need more seasons of this gem.

(1) Den-noh Coil (alternate title: Coil—A Circle of Children), from 2007, is a near-future cyberpunk-like science fiction series set in the year 2026 and tells the tale of several groups of children involved in the Alternate Reality (AR) technology that pervades all of human society. It does a wonderful job of painting a very realistic extrapolation of where tech could take us so as to explore the ramifications this could have on the way we interact with reality. It seems at first like purely a children's series, but the more you watch, the more you realize just how significant the themes can be. Highy recommended for provoking thought as well as entertainement. 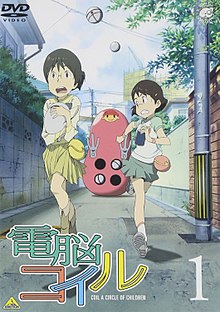 Finally I'd like to say that, absolutley, yes, Seirei no Moribito (Moribito: Guardian of the Spirit) is easily the most underrated of any series we might mention here on this topic. But I'll leave that to others.
Wherever you go... there you are.