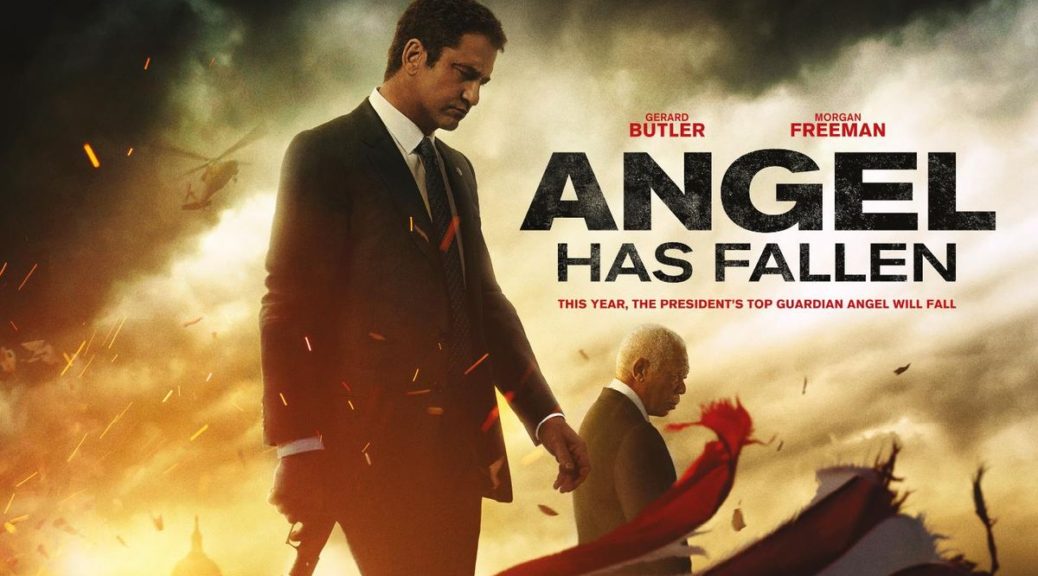 A request has come in as they are wont to do. Requests are rarely ignored, we just don’t get around to them due to the rigorous demands on our daily lives. That or we’re incredibly lazy. Take Hanlon’s razor, paraphrase it, then give it a new name. We’re not because we’re lazy.

Jointly, we talk about Angel has Fallen[2019]. The third and, hopefully, final installment in the fallen series. Butler is still in the USSS and Morgan Freeman sis mister friendly president. They go on a fishing trip that gets drone struck almost like a certain other president was know for doing.(Yes, Carter, we’re talking about you.)

This is done to frame Butler as an attempted assassin who’s so stupid he left a van full of evidence near the crime scene. It’s also perfectly reasonable as this is someone who’s previously been the only person capable of protecting the president when shit hits the fan. He’s probably gotten tired of all the effort and turned coat simply yo show the bad guys how it’s done. The best part is watching Nick Nolte be a sovereign citizen on camera without having to act.

Next up is Joker[2019]. The movie that a shrinking pool of click bait writers got some ad revenue by claiming incels would like. Between Tim and Weltall, there is some agreement that it was good and character driven. They disagree whether it was artistic and in what way. Weltall believe it is while Tim seems to agree but keeps saying it’s an accessible art film. Whatever the pretentious prick means by that.