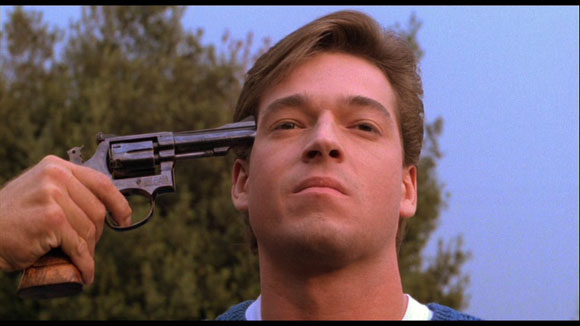 Seasons sure are a thing. A thing which we here are very bad at observing for theme shows. Mostly because of our secret third bost, laziness. The sloth gremlin must be out for the holidays itself because we managed to prepare for this show prior to the cacalendar.

Which brings us to our main feature, Silent Night, Deadly Night 2. While Tim was aware of the film, having seen the first, he’d only known about the sequel via the Garbage Day bit that was viral ages ago. Which you should watch if you aren’t familiar. While Weltall had seen neither the clip nor the first movie that worked out as this movie is comprised of the highlights of the first movie. The rest is chunks of originality thrown into the movie loaf before being half-baked.

Weltall then talks about a new youtube channel he found, Nerd City. It’s a channel dedicated to analysis of varying web trends. From the popularity of Instagram personalities to getting into the minds, through science, of popular fuckheads. Plus it’s entertaining or so swears our resident youtube guide.

Attempting to keep the holiday theme going, Tim talks about Trading Places. It serves as a reminder of what Dan Akroyd and Eddie Murphy were once capable before insanity and easy paychecks, respectively, ate away at their executive brain function. Tim calls it a modern, for the time, retelling of the Prince and the Pauper. We call it a reminder that Murphy once told jokes instead of being one.