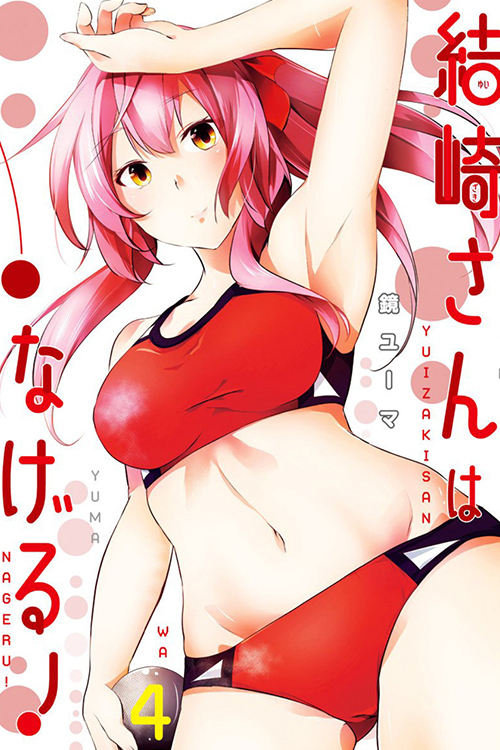 This is an episode with numbers in it. It’s at least in the triple digits, we’re sure of it. Just give us a few seconds to look at the previous recordings and then the episode descriptions we have written and we’ll figure it out. Then, when we find out we’re wrong, we’ll panic and hastily correct ourselves with a sloppy edit.

Today, Tim is talking about Yuizaki-san ha Nageru. A manga that Algazero works on the translation of. Surely the real reason that Tim picked it and not because he is a sloth avatar who prepares just minutes before the show. In it, out main character get’s press ganged into joining a club because he’s a rather tardy student. He ends up joining track and field because he spots the girl he has a crush on practicing shot put. Perhaps he figures if he just stays in proximity to her, he can convince her that they’ve been dating for months already. It earns a Crackers for breaking some of the sports manga cliches.

Weltall then reviews Baka to Boing. Tamada has a creepy obsession with a small time idol, Shina. Starting with the more normal devotional stuff, like owning all her DVDs and magazine, to building a shrine that, hopefully, doesn’t have any fingernail clippings stored in a mason jar. While walking along, Shina decides to practice her swan dive off a balcony and lands on her number one super fan. Neither of them die which pisses off a shinagami, for there is always a shinagami, who wanted to take Shina. Instead, he links them together which buys them six months of life together. A bit tropey and dull, it’s not so bad to drop below a Borders.