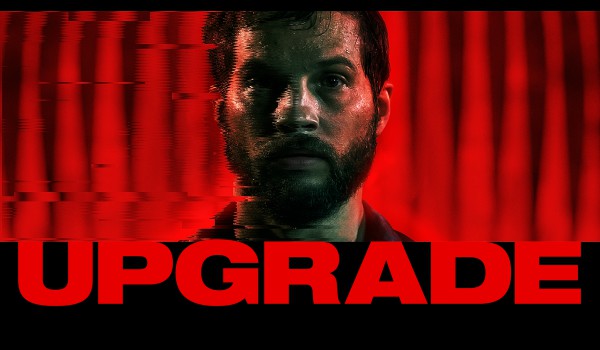 We decided on doing something a little unorthodox for us. Instead of settling on a movie that Tim has to scour second hand or that Weltall has just happened to see we picked something in the theaters. And so we choose Upgrade[2018].

Or at least we would have jointly discussed it if Tim had bothered to go and see it. Sure he made some excuse about going on vacation in Tennessee as though they have yet to have received the gift of the motion picture in the south. It wasn’t helped by the fact that the movie was released on June 1st and has vanished from most theaters in just over two weeks. Apparently this movie is Hollywood’s awkward junior high phase and they want to bury it with all of those bad memories. A shame considering that it’s a much better movie than even the trailers make it out to be.

Michael Keaton has had quite an interesting career. Per request, Tim is talking about White Noise[2005]. It’s one of those films that takes a lesser known paranormal phenomenon and has no idea what to do with it. In it, the wife of Keaton dies and starts talking to him through EVP. This leads Keaton to finding a murderer who was also listening to the dead but they were telling him to kill for reasons that no one can even postulate.

Weltall then talks about Death Wish[2018]. One of the few newer movies that Tim has actually seen and was able to comment on. If only he was as prepared when it came to the movie we planned and agreed upon. It features a large measure of restraint from Eli Roth who didn’t turn it into an hour and a half of Bruce Willis practicing street surgery on those anyone within a mile radius of his wife’s death.