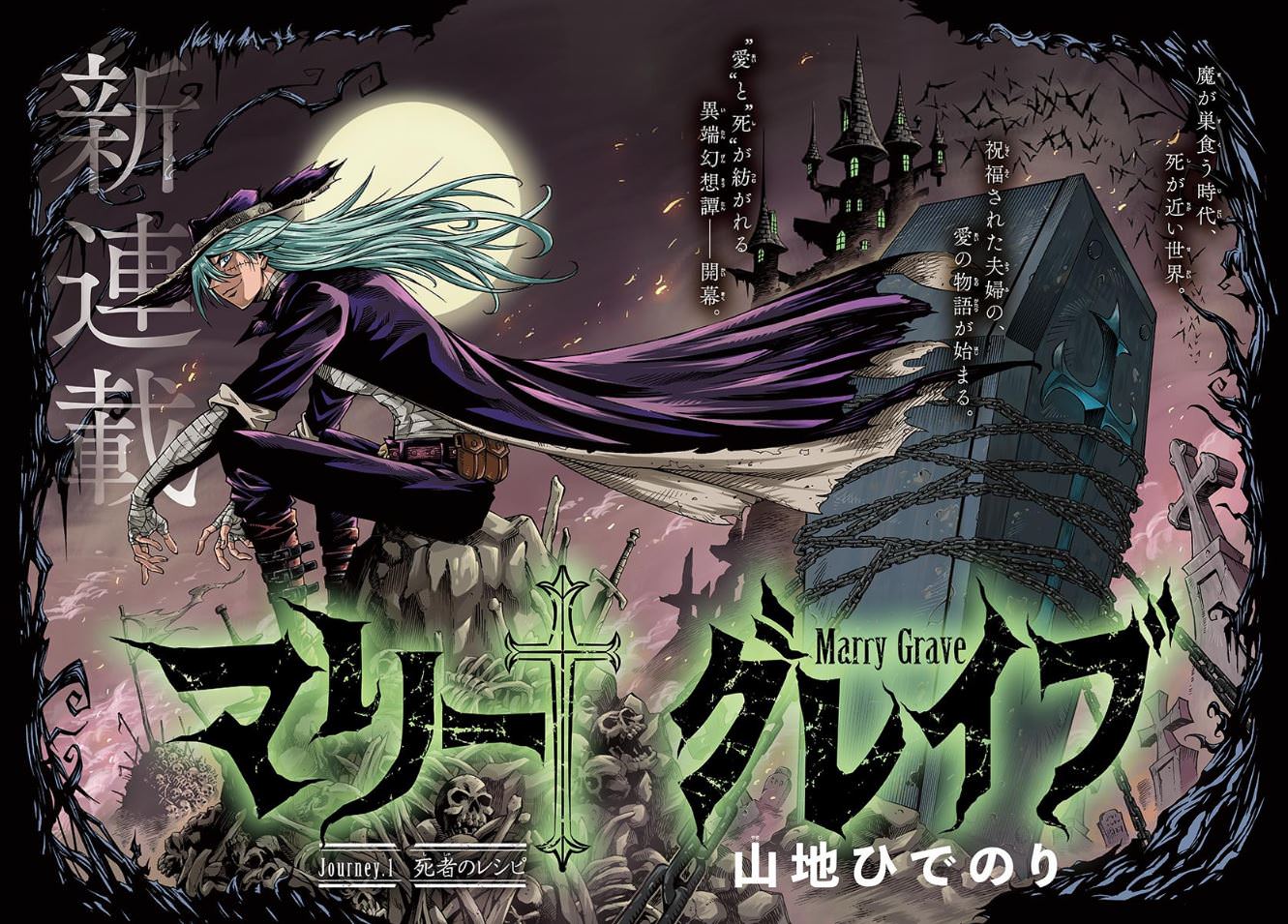 Like an expensive sweater gifted to a nephew, we’ve returned quicker than anticipated. It’s another week, another drink and another manga. This time some self selected materials as we’ve got a few requests coming down the pipeline in the form of physical copies.

Tim reviews Marry Grave. It has a lighthearted style reminiscent of late nineties comedy manga. Our protagonist lives in a world that’s been invaded by goblins. He carries a coffin and is doing a world wide scavenger hunt attempting to raise his wife from the dead. There’s an interesting twist where we find out he died on his wedding night and his wife spent the rest of her life doing the same to resurrect him. It gets a Read it Now for being inventive and interesting.

Weltall reviews To Your Eternity. It begins with an alien lifeform landing on earth and copying a dying wolf. After taking it’s form, it wanders into an empty encampment where it finds a lone boy who’s been living along for a few years. It follows him along until he dies and takes his form. It’s very well paced and the story get more interesting from that point on, ending one a hilarious note made funnier by the serious tone thus far. It comfortably earns a Read it Now