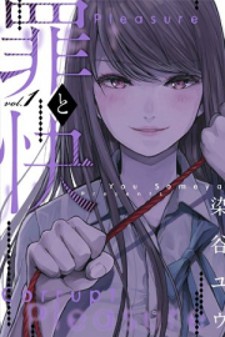 Tim reviews Plunderer. In a world where people have numbers on their bodies representing things, Hina is looking for some warrior. The number serves as a ranking system and is personal to each person. Some people have a number indicating how often they’ve filed their taxes. Hina has one for the number of kilometers she’s walked. She finds the Red Baron who has a negative number. This usually means being dragged to hell or somewhere but his sword has enough from his victories to balance it out. It bumps up to a Crackers.

Weltall reviews Tsumi to Kai. Average Japanese School Boy hates his life. School is hard, his parents have high expectations of him, and his favorite film star stopped making smut once she got married. His only outlet is taking upskirt photos. This gets him caught by a vindictive girl who exercises bondage on him. In spite of the material it’s less about the sexy times and more about their growing relationship. Weltall tentatively declares it a Read It Now through his ball gag.