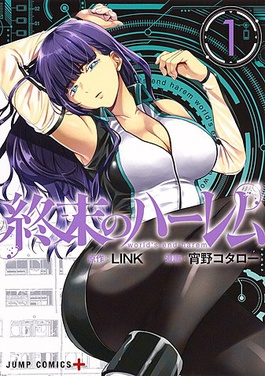 It’s not a shot of B12 but vitamin manga has been proven to support your immune system. Insofar as you’re now immune to at least one more bad manga than you were before.

Tim has Kubera. We start with a girl who was told to never share her name with anyone, lives in a small village, and is having her sixteenth birthday. If you can look past the neon signs indicating Kubera as the protagonist, you will see an art style reminiscent of the mid two thousands Deviant Art comic. She goes out into the forest to gather food for dinner and comes back to find the town engulfed in a ball of fire. So it’s off to seek the wizard, the wonderful wizard Asha. Borders.

Weltall has World’s End Harem. In the ear future, Reito, has mysterious manga disease. He gets frozen to await a cure. When he’s thawed out next to Fry, he fins out a disease wiped out most men of the world and he’s one of three who survived. He decides he doesn’t want to engage in the effort to repopulate the world but save himself for his childhood friend and work to cure the disease. Burn It.