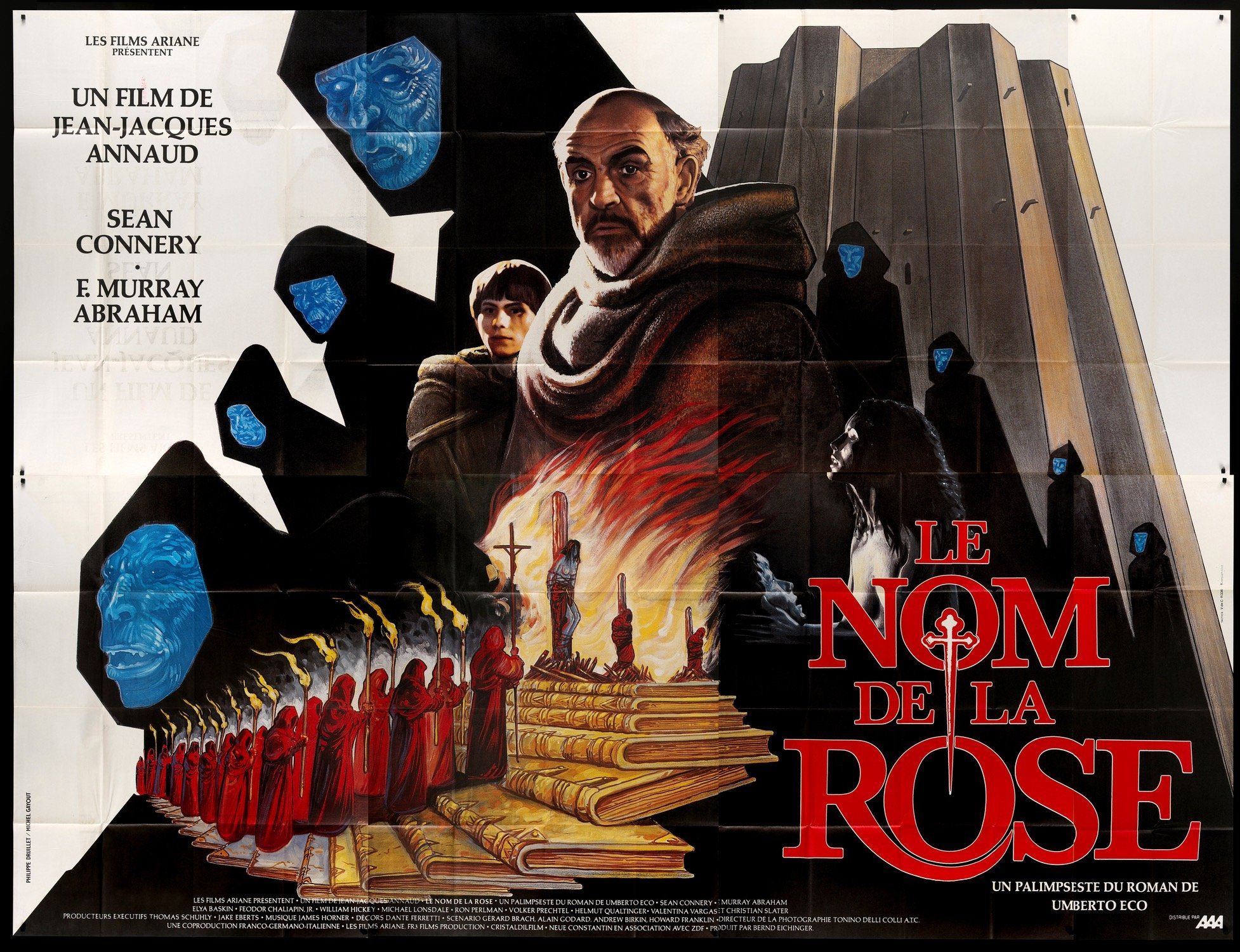 Crack open a cold one. Fire up the popcorn popper. Wipe down your theater seat because your local government demands it. We’re back with cinematic projections focused on the great and now late Sean Connery. Digging into the older and lesser talked films of his career, we tap into Name of the Rose(1986).

Sean Connery is a monk with Christian Slater as his apprentice. They’re going to a church summit at a monastery where a murder has occurred. This leads to Connery investigating it while more die around them. Because it’s based on a book by Umberto Eco it goes nowhere in spite of a good premise.

Weltall has The Rock(1996). A Michael Bay movie before he’d quite become the meme he is now. Plus it has Nic Cage playing a weak willed FBI agent who has to infiltrate Alcatraz with a former MI6 played by Connery. All to stop elite American Soldiers who’ve gone rogue and are threatening to dispense nerve gas on the west coast. You know, small stakes for mister Bay.

Tim has Wrong is Right(1982). Connery plays a television host who practices investigative journalism by making news. He gets wrapped up in a conspiracy between the US trying to frame the murder of a CIA agent being kicked off by an arms dealer who may or may not work for the CIA who wants an excuse to go out and murder people.