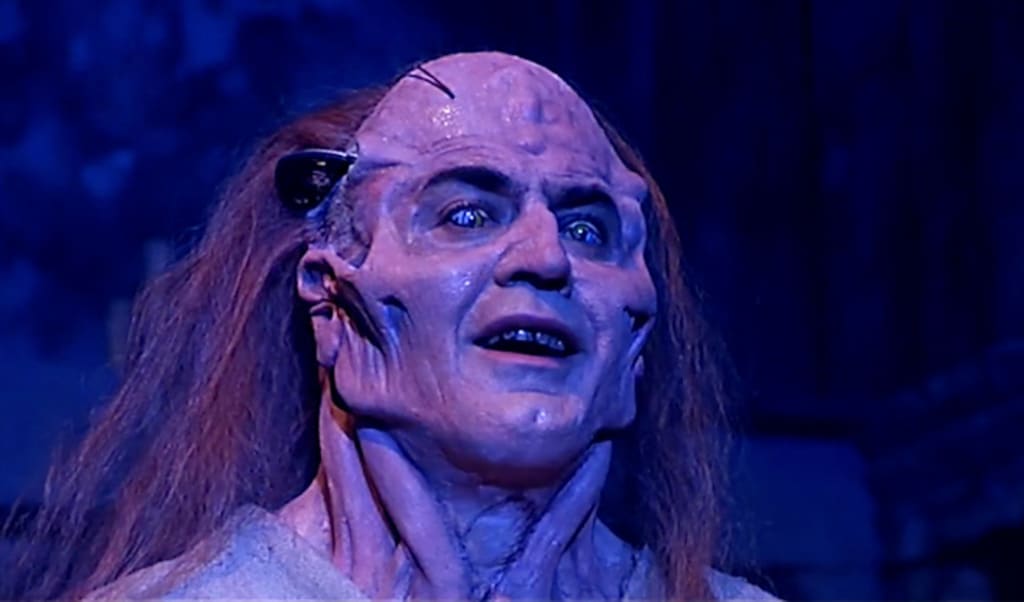 One. Two. Three movies, ah, ah, ah. Now that you’re hearing this read to you but a purple felted vampire, we have films for your perusal. We’ve got some of the late, great Raul Julia in Roger Corman’s Frankenstein Unbound(1990).

Raul is Frankenstein who get’s visited by John Hurt who is hurled back in time because of a wormhole weapon he created in our future. Like all Roger Corman films, it’s held together with spit and twine. All driven by a ticking clock forcing the production schedule.

Tim drags up The Wolverine[2013]. A good adaptation of the Wolverine character finally arriving in theaters. Of course it centers around his healing factor, because what else would you make a film about? It’s not like he’s been an extremely long lived and durable guy who has stories to tell that aren’t about him being a sad immortal.

Weltall has Greyhound[2020]. It’s Tom Hanks doing lazy Oscar bait. He plays a fictional WWII captain who joins a convoy. There’s some decent effects for what it is. Also, you get to see Tom Hanks order German subs to done get imploded with depth charges.