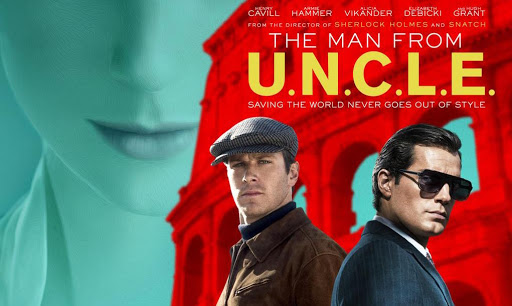 On the list of things that have been getting modern remakes and soft reboots have been TV shows. Weirder still, they’ve been doing this with shows who’ve been off the air for two generations. In yet another installment we have The Man From U.N.C.L.E.[2015].

It stars Henry Cavill as Napoleon Solo who teams up with Armie Hammer as Illya Kuryakin. It’s set in the Cold War era and a scientist has invented a new method of refining plutonium that’s so easy even a caveman could do it. So it’s a rush to rescue the scientist before the group of villains, who have nazi scientists on board, use it to blow up the world.

Tim then talks about You Were Never Really There[2017]. Tim apparently heard some reviewer claim that it was what Joker ripped off and is actually superior. Most people would just ignore opinions that stupid but Tim has to prove them wrong to himself. It has Joaquin Phoenix and his character has mental illness and a mother. They’re so similar that we’re seeing four Joaquins.

Weltall brings us to Greenland[2020]. Which is far icier than those tricky Icelanders would have you believe. Anyone want to buy a beach house? Gerard Butler is a guy who gets a golden ticket. This will allow him and his family to get on planes which will take them to shelters to ride out an apocalypse. Because someone missed disaster movies and figured that they could cash in on the brief craze as it waxes and wanes.