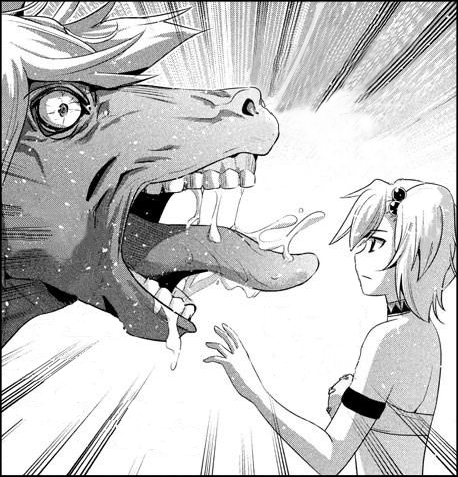 Here in the future of the past, we’ve finally hit the point where lumber is almost worth it’s weight in silver. Pretty soon there will be a federal reserve of pine and plywood. Which then means we’ll get a Die Hard 10: Raiding Again where the nephew of the Gruber’s will rob it. And Willis will be partnered with some forgettable actor who’s popular on social media for a week. Until it’s discovered that they’re a vore loving baby fur.

As we have some sort of news, Tim did Berserk. Being as it’s been a long time since we visited with this, think episode 73, it was time to really dig into the series. So Tim read through volume eight to get a better grasp. There’s a lot of backstory and thought put into it by Miura. As, after the first volume or so, there’s very heavy focus on how Guts became the demon slaying swordsman he is today. Also, Griffith is a piece of shit. It keeps a Read It Now.

Weltall has Parallel Paradise. Youta is a high school kid who’s got feeling for his childhood friend. Because Japan may have millions of people living in it but they don’t allow them time to find romance. Whoever you play Chutes and Ladders with when you’re three is who you’re going to try and bone in high school Too bad he dies and ends up in a euro-fantasy world where men are rare. He ends up making girls drown the world in fluids by simply touching their arms. There’s a bit more to it and that lands it in Borders territory.